Jim Ciardella is a storyteller, Ferrari enthusiast, and native Californian. Born and raised in Palo Alto, he grew up in the heart of Silicon Valley and witnessed the dot.com boom and the changes it created. And he heard incredible stories, some of which he believes deserve to be told. 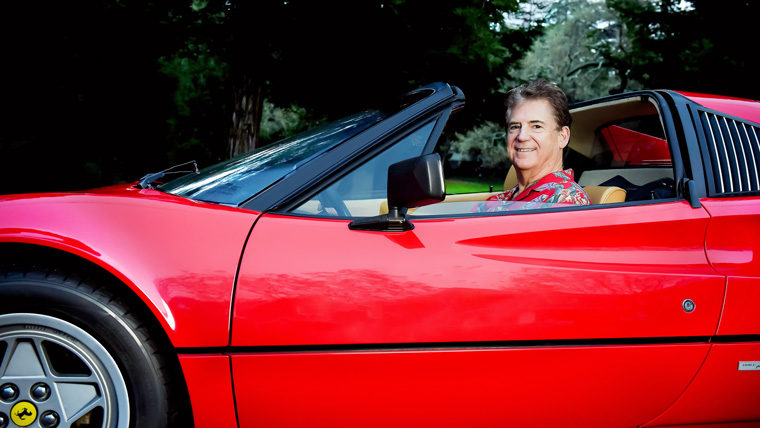 At one point, he met Brian Burnett and Richard Rivoir, co-founders of Ferrari of Los Gatos. Over the years, Brian told Jim numerous stories about Ferrari of Los Gatos and finished each tale with these words: “And someone ought to write a book about it.”

One night, after many stories and Brian’s predictable conclusion, Jim told him, “I’ll do it. I’ll write a book.”

When he isn’t writing to tell a story, Jim, a finance executive, helps technology companies. He started his career in public accounting and soon realized that growing and improving businesses was his calling. And there was no better place to fulfill that calling than Silicon Valley, the land of startups and successful hi-tech firms.

This blog tells the Ferrari of Los Gatos story and is the predecessor to a booked titled The Dealer, How One California Dealership Fueled the Rise of Ferrari Cars in America. If you have a memory or story about Ferrari of Los Gatos, please share it.  The plan is to include some of them in the book.