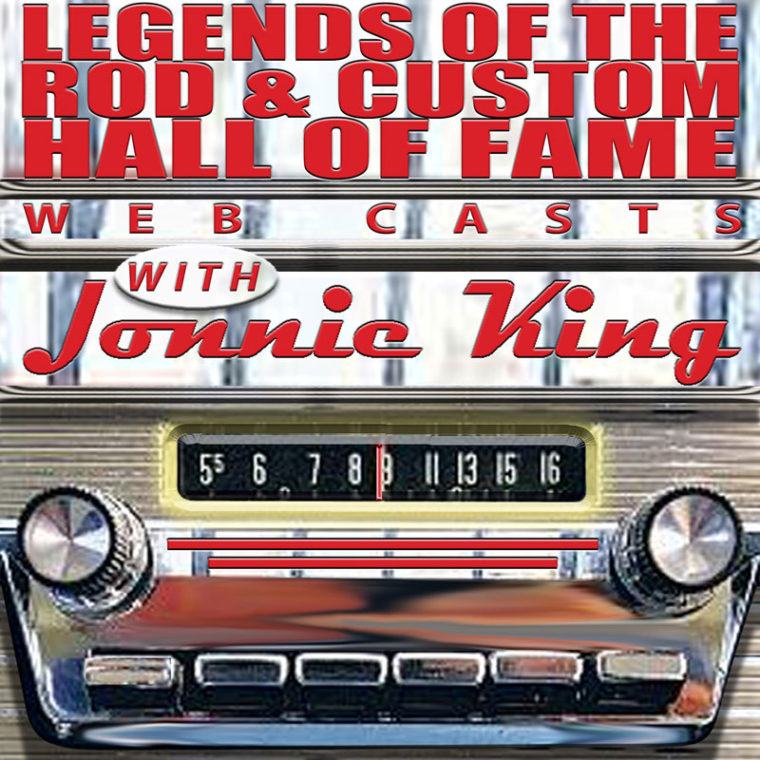 As an actor at the Pasadena Playhouse, Jonnie King lived in the dorms off Colorado Boulevard, the main cruising street for the awesome cars. In 1963, when he left Pasadena for Hollywood to continue his acting career, Jonnie moved into the historic Highland Towers Apartments. This Hollywood icon had housed the likes of Mary Martin, with young son Larry Hagman, and William Faulkner while he worked on the films, The Big Sleep and To Have and Have Not.

Jonnie had a front-row seat to LA’s constant car parade, and fell in love with the cars. He knew from the age of eight that being on the radio was his real passion, and was sure he could come up with a way to combine the two.

In 1964, Jonnie moved back home to St. Louis and worked at the world famous Crystal Palace with an Improv group. In early-1965, he worked with his friend Johnny Rabbitt, at KXOK radio, the number one station in St. Louis. After a couple years, he started his own career in broadcasting and it didn’t take long to build a loyal fan base. By 1969 he moved to the legendary 50,000 watt KAAY in Little Rock.  In 1972, he received an opportunity to work for Bartell Broadcasting at Detroit radio station WDRQ-FM. What a lucky break to be able to broadcast in one of the top five markets in the country. Jonnie quickly created a built-in audience of fans who became long-time listeners. His warmth, humor, and sincerity became trademarks of communication that continued throughout his career, and listeners loved it.

In the summer of ’73, Jonnie returned to St. Louis, to work at sister station KSLQ-FM, and he’s still there today. While in St. Louis, he met Charles Schmidt, a dealer selling Rolls, Bentley, Porsche, Mercedes, BMW, and Lincoln Continental classic cars. Similar to Ferrari of Los Gatos, Charlie’s dealership had a customer list including the likes of Sammy Davis, Jr., Bob Hope, Elvis, and more.

Jonnie, already a car buff from his days in Hollywood watching classic cars cruise Colorado Boulevard, liked to frequent Charlie’s place. Charlie had never met a “gearhead” radio personality and took a particular liking to Jonnie. He allowed him to drive many of the cars they spent time discussing.

One night on his way home, Jonnie stopped by Charlie’s and saw one of his personal favorites–a red ’72 Ferrari Dino 246 GTS that mesmerized him. As he sat in the car dreaming of owning it, Charlie broke Jonnie’s daydream.

Jonnie couldn’t believe the offer but declined, I don’t want to drive a Ferrari for the first time after dark. The opportunity didn’t happen again, and the car sold to someone else.

Jonnie may have lost the opportunity to drive the Dino that night, 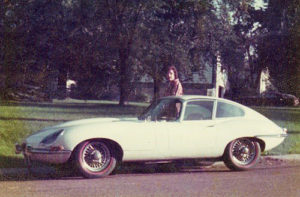 but it didn’t stop him from dreaming. And two years later, he found another dream car, a 1967 Jaguar XKE 4.2 Coupe, and purchased it. He nicknamed it “J.J.” and said it was, “The fastest car I’ve ever owned.” The last of the “pure” XKE’s, this two-passenger model included glassed in headlights, and a dual-overhead-cam inline-6 engine, with no significant smog control. The engine was easy to work on, and since it had been in production so long, was almost bulletproof. In 1975, Jaguars were rarely seen in St. Louis, and this remains true even today. The car attracted a crowd when parked, and many times Jonnie had to ask onlookers to move so he could get in and drive away.

Over the years, Jonnie added to his collection of classic cars and automobile memorabilia. In addition to the Jaguar, his collection included a ’58 Thunderbird, ’57 Dodge Mild Custom, ’53 Buick Special, ’68 Cougar XR-7, ’59 Plymouth Suburban Station Wagon, a rare ’66 Thunderbird, and a California/Arizona “Survivor” ’57 Dodge D-500. His custom-built California ’61 Buick INVICTA was featured in car magazines and is now on display at Darryl Starbird’s National Rod and Custom Hall of Fame Museum.

Jonnie stopped by Charlie’s and saw one of his personal favorites–a red ’72 Ferrari Dino 246 GTS that mesmerized him.

A Passion for Cars Turns into Forever Lasting Hall of Fame

In 2005, Jonnie conceived the idea of the Hall of Fame Legends Series, and began doing interviews for the series in 2006. To celebrate 40 years of radio broadcasting, Jonnie launched the Hall of Fame Legends Series online in 2007. He named his website, www.legends.thewwbc.net, and referred to it as his “dream come true.” The site enabled him to share his passion, knowledge, and enthusiasm for American hot rods and custom cars. The live interviews he recorded include the actual voices of the greatest legends of the Rod & Custom Industry.

Jonnie’s interview with Dick “Magoo” Megogurac, builder of Brian Burnett’s Deucari, was published in a prior post. Listen to it here.

You can listen to other interviews of some of the most legendary hot rod and custom car designers, builders, and owners by visiting www.legends.thewwbc.net. Since the sites inception, it has had 79,608,361 hits, and 1,048,528 visitors. Pretty impressive numbers.

Do you know any of the members of The Legends of Rod & Custom Hall of Fame? Do you have a personal story about any of them? Please share the story here, or leave a comment below.

In the next post, a young Ford sales manager named Lee Iacocca becomes legendary when he implements a financing arrangement similar to the one used at Ferrari of Los Gatos.