Some drug dealers loved classic cars and could purchase them for cash–something they always had around. Ferrari of Los Gatos was full of classic cars, so it wasn’t unusual to find a few drug dealers there as well. 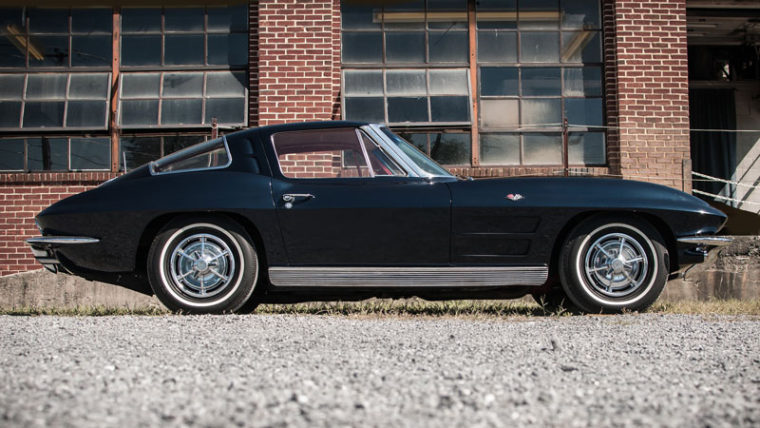 In the 1980’s, a notorious California cocaine dealer appeared on television telling a news reporter, “I’m untouchable by authorities! I’ll never get arrested.”

Living in a 6,400 square-foot Napa Valley mansion, his home had more security than a military fortress.

A few weeks after boasting on television, an army of agents raided the drug dealers home. They confiscated 90 pounds of cocaine and proved him wrong about being untouchable.

While he was telling the public he could not be arrested, in private, he was preparing for something else.

Several days before the raid at the drug dealer’s home, a friend of Brian’s called to let him know someone had some cars to sell. “If you’re interested, you better come up to Benicia tonight. If you wait, you probably won’t even get a shot at them,” his friend said.

Brian had many types of vehicles at Ferrari of Los Gatos and always looked for more classic cars. He drove up to Benicia to see what this person had to offer.

“This will have to be a cash transaction, and it will have to be quick,” one of them said. “The cars will sell together, and we’ll need an amount first thing in the morning.”

“Let’s take a look at what you have,” replied Brian.

The warehouse contained ten cars including Corvettes, a Rolls Royce and a Bentley. Brian listed them and said, “I’ll let you know what they are worth first thing in the morning.”

“We’re not done yet,” came the reply.

Brian spent most of the night in San Francisco and Oakland going from warehouse to warehouse – as well as several different homes – to see cars. Brian kept adding more classic cars to the list.

Around midnight one of the men said, “Okay, that’s all of them.”

The next morning, Brian reviewed the list and valued each car.

“Bring us the cash as soon as you can,” was the response, and the line went silent.

The warehouse contained ten cars including Corvettes, a Rolls Royce and a Bentley.

The Cabinet Revealed Cash from Top to Bottom

Brian couldn’t just walk into a bank to get that kind of money. Instead, he visited a friend that owned a large transportation company and usually had a lot of cash around.

After recalling the previous night’s story, Brian said, “If you put up the money, I’ll split the profit with you.”

His friend thought it over. “Well, we did real good on those BMW’s you found a while back, so okay, I’m in. How much do you need?”

“Right away. If I wait, I might lose the cars.”

His friend turned and opened a cabinet behind his desk. Neatly stacked on its shelves were bundles of hundred dollar bills. Each package contained $100,000. Placing three full packs in front of Brian, he grabbed about half of another one and, without counting, slid everything into a paper bag.

The next morning, five federal agents showed up at Ferrari of Los Gatos.

The next day Brian delivered the money and rented tow trucks to pick up all the cars at the same time. They arrived at Ferrari of Los Gatos that afternoon.

The next morning, five federal agents showed up at Ferrari of Los Gatos. After looking at the cars, the officer in charge told Brian, “Yep, you got those cars before we did. Well, good luck with them – you bought them fair and square, you have the titles, and we can’t take them away from you.”

Even so, Brian wasted no time selling the cars and splitting the profit with his friend.

In the next post, find out how an expensive Italian sports car was destroyed without being in an accident?