Japan may not be the first country you think of when talking about Ferraris. However, it’s one of Ferraris largest markets. Much of the image and success of the Italian car is because of Toru Kirikae, also known in Japan as the godfather of Ferrari. 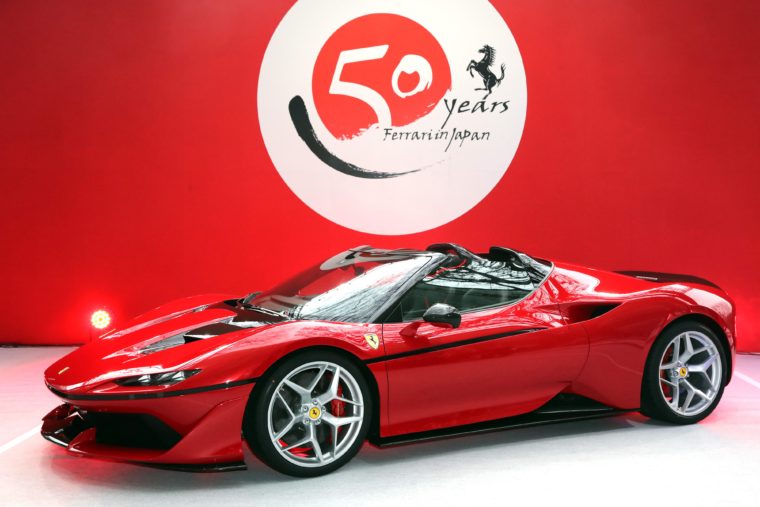 In 1971, 24-year old Kirikae-san worked for Mazda on the Wankel engine and his life revolved around cars. Cruising along the highway in his Nissan Skyline GT-R, he spotted a red Dino 246GT. In a recent interview in Jalopnik’s Online Magazine, he’s quoted as saying, “It was the first time I laid eyes on a car with such striking looks and beautiful curves. I remember wondering how it must feel to own such a car.”

Kirikae-san decided to import European-spec Ferraris into Japan, eventually becoming a competitor to Cornes, the official Japanese Ferrari dealer, and distributor. He started a Ferrari repair shop, Racing Service Dino, a company he still owns and operates today. The company name made sure he’d never forget that first Ferrari encounter with a Dino 246GT.

Here’s a video demonstrating the passion and enthusiasm of Japanese Ferrari owners. It seems that racing their Italian cars is just as important as collecting them, something a little different than most western Ferrari enthusiasts.

In 1982, Kirikae-san established the first Ferrari Owners Club in Japan. During the ’70s and ’80s, Japan experienced a supercar boom that provided an opportunity to promote Ferrari to a broader audience. Kirikae-san had high aspirations for the brand—he believed Ferrari could become a household name.

Japan is one of Ferrari’s largest markets, partly due to the promotion efforts of Toru Kirikae, the Japanese godfather of Ferrari.

While it may be hard to think of a time when Ferrari wasn’t a household name, the Japanese had only seen Ferraris in action twice. The 1976 and 1977 Grand Prix races took place in Fuji, and it would be 10-years later before another Grand Prix race came to Japan.

In the 1980s, the growth of luxury European car sales in Japan mirrored what was taking place in the United States at Ferrari of Los Gatos. The cars were selling like hotcakes in Japan. With a surging economy, Japanese customers were in a car buying frenzy.

According to a JP Morgan study at the time, Japanese tourists accounted for 80% of sales at the Louis Vuitton’s Chaps Elysées store. And the first freestanding Chanel store in the United States was only opened because of the number of Japanese tourists vacationing in Hawaii. I remember at the time thinking the Japanese were going to buy all of California.

In the mid-1980s, Kirikae-san appeared on a television quiz show about supercars, recorded a song with Columbia records, and published a book about his story with Ferrari. Shortly after the book came out, an increase in appreciation of Ferrari took place, and the car gained more mainstream recognition throughout Japan. Kirikae-san felt a sense of accomplishment, and it appeared his job had been done.

Video of an F40 at 197 MPH Changed Everything

In 1987, to celebrate its 40th anniversary, Ferrari introduced the F40. The fastest, most powerful, and most expensive Ferrari to date. The F40 was the first production car to break the 200 mph (320 km/h) barrier. 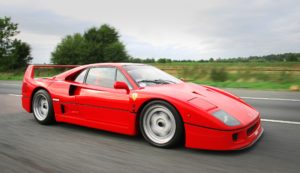 Many Japanese car aficionados said the car wasn’t as good as Ferrari claimed and could not perform to the levels suggested by the factory in Maranello.

This annoyed Kirikae-san, and he decided to prove the naysayers wrong.

Acting independently, without the support or knowledge of Ferrari, Kirikae-san recorded a video of himself driving the F40 on a banked circuit in an attempt to maximize the cars speed. Forgetting to film the speedometer, he did the top speed run a second time on a public highway. Making sure to video the speedometer this time, he had proof of achieving 197 mph (317 km/h).

Word spread and the video leaked which got Kirikae-san into trouble. Oddly enough, the video could never be traced directly back to Kirikae-san, but when asked by the newspapers to confirm the story, he proudly admitted what he had done. Confirming that he was the driver in the video not only generated a negative public response, but the police also charged him with reckless driving and issued a ticket with a fine of ¥200,000 ($1,800). Guess you could say he took one for the team. 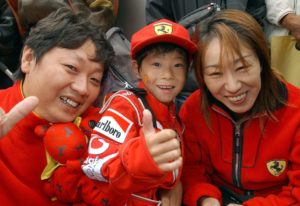 There’s no question of Toru Kirikae’s love and dedication to Ferrari. Today, Ferrari and Formula 1 racing have become something Japanese people of all ages are in love with.

In the next post, we’ll return to our interview with Dennis Glavis, as he recalls more of the 24 years he spent at Ferrari of Los Gatos.