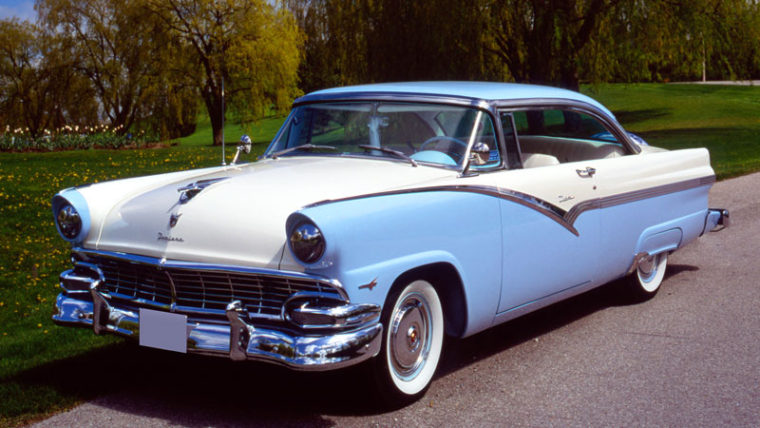 Owners of Ferrari dealerships also often owned Ford, Chrysler, or General Motors dealerships. That’s where they generated the majority of their income, and, therefore, that’s where they wanted their buyers to stay. They made customers feel like they could only buy a Ferrari if they were rich–so they continued buying the lower-end cars.

Brian and Richard wanted to change that perception. So they took trade-ins for down payments on Ferraris. And they went one step further by offering financing–something unheard of in this particular market. The thinking on this strategy was simple: if we can offer to finance a car, we can sell a Ferrari to the average man on the street.

“The financing program has to have affordable payments,” Brian told Richard. “We need to offer customers a loan payment the same as if they were buying a Ford Mustang.”

It wasn’t rocket science, just numbers. And, it wasn’t the first time someone in the car business tried this very same strategy.

Ferrari of Los Gatos believed anyone should be able to afford a Ferrari.

In 1956, sales of new Fords in his district were the weakest in the country. He decided any person wanting a new ‘56 Ford should be able to buy it for a 20 per cent down payment, followed by three years of $56 monthly payments. By offering a payment people in most income brackets could afford, Iacocca hoped to stimulate sales.

He called his idea the “$56 for 56” plan and stimulate sales it did. In three months his district moved from last place in the country all the way to first. The plan worked so well that the Ford Motor Company made it a part of its national marketing strategy. The company later estimated Iacocca’s payment plan helped sell an additional 75,000 cars that year.

Back in 1956, Lee wanted to be the number one Ford sales manager in North America.

Brian and Richard wanted the same thing–to be number one. In a previous post, they had made the bet of their lives with Bill Harrah. They convinced him to grant them a Ferrari dealer license, and sell them his entire 19-car inventory. In exchange, they guaranteed to become his number one dealer within 90 days, or they’d tear up the contract and give him everything back. They were in a win–all or lose–everything situation. To win the bet, they realized they had to overcome the public’s belief that they couldn’t afford a Ferrari.

Selling cars depended on their ability to change the minds of potential Ferrari buyers.

Have you ever had an idea for overcoming an obstacle or perception? Do you know about someone that did? Please share your story here, or leave a comment below.

In the next post, find out about the Ferrari of Los Gatos 35 + 1 plan. There’d be no stopping them now.