You could say some Ferrari of Los Gatos customers were addicted. They had a love affair with the car, and it became their non-romantic mistress. One customer bought, sold, and traded two or three Ferraris a week regularly. 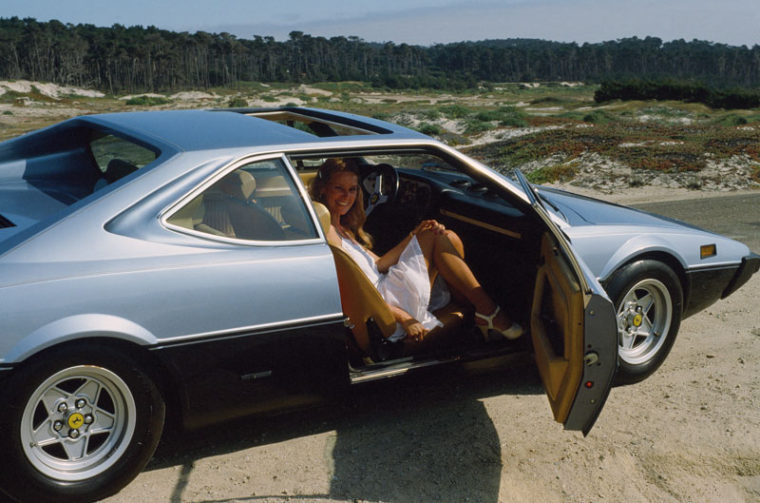 If you had unlimited resources and an open checkbook, Ferraris could satisfy the urge to indulge in something most people never experience. In my interview with Dennis Glavis, past general manager and 24-year employee at Ferrari of Los Gatos, he told about his best customer.

“My best customer was such a nice fellow. He was easy to get along with, and someone you enjoyed interacting with. His father had the distribution rights for Coca Cola and Pepsi Cola in parts of Taiwan and Mainland China.”

Guess that explains why this young man had access to unlimited sums of money. He lived in San Francisco and loved to visit the dealership in Los Gatos. When he couldn’t make the drive, he’d buy or sell a car over the phone.

“I remember the time he bought three Ferraris in one week. Another time he traded in the Ferrari he had purchased a day earlier for a different one over the phone—he hadn’t seen either car. For him, it was like changing socks,” recalled Dennis.

“One day my customer walked into the showroom and told me, ‘I had a good dream last night. I’m going to buy the car that appeared in it.’ When we ordered it, he reminded me of one other thing. ‘The car must have the following numbers on the license plate.’ Numerology was very important to him.”

Dennis continued, “And you get this diversity of customers. I remember the guy that bashed up the Lamborghini, and that was in one of your earlier stories (read the story here). Most of the customers were really, really nice people. It was like you were all part of the same club.”

Customers had a strong passion for Ferraris. They were buying something extraordinary, not an everyday car or a Toyota pick up truck for an employee to use in their business. 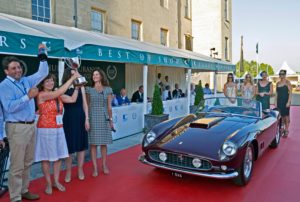 These people were obviously wealthy individuals that enjoyed being in a non-stressful environment where they could reward themselves with something they truly loved. This was especially true for the guys that bought the vintage cars.

Dennis explained how one customer bought a 427 SC Cobra to use as his daily driver. “At the time you could buy the 427 SC Cobra for around $15,000. My customer drove it back and forth to work every day. He traded that Cobra in on a Ferrari 250 GTO. There were only 39 250 GTOs manufactured between 1962 and 1964. Today, a Ferrari 250 GTO is considered the most valuable car the world has ever seen. In 2018, one sold for $48.4 million at an RM Sotheby’s auction in California and a second sold privately for somewhere between $70 and $80 million.”

Dennis knows his customer loved these classic cars, but he’s not sure his old customer still has the Ferrari 250 GTO today. If he does, he’s a lucky man.

The interview with Dennis Glavis took place in 2018 at his Morgan West car dealership in Santa Monica, California. He can be reached at Dennis@morganwest.net.

His story continues in the next post when he shares more memories of his 24 years at Ferrari of Los Gatos.