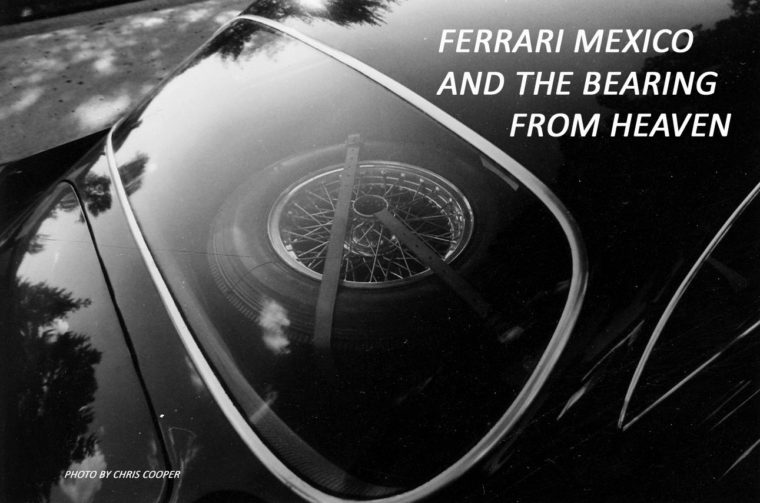 On February 13, 2019, our post titled, This Ferrari is Like No Other, commented that Ferrari used a five-speed unsynchronized gearbox with the drive train and small rear axle from 340 Americas for the 1952 Mexican road race, rejecting the use of the four-speed transmission and stronger rear axle from the 342 America. This choice proved unwise. Driver Luigi Chinetti noted that severe vibrations from the driveshaft prevented revving the engine beyond 5,600 rpm.

To save the day, Reggiani and a brave pilot had to fly 1,300 kilometers from Tuxtla to Mexico City. Here they located the proper machine tools needed to finish the bearing. When the job was completed, the pilot found out that Tuxtla didn’t have a properly lit airport for the night trip back. Airport officials told him the flight was unsafe and ordered him to stay on the ground until the next morning.

Meanwhile, with the Ferrari team waiting, it became desperate to get the new bearing back to Tuxtla. Ascari’s car would not be able to start if they didn’t get it back together pronto. The authorities repeated that the small aircraft could not depart.

Somehow, Reggiani convinced the pilot to take off anyway, and within a few hours, by 8 p.m., a plane appeared out of the darkness at Tuxtla. The waiting Ferrari team members hurriedly set up torches to guide the aircraft to the runway. But before they were done with the lighting, the plane had landed, and Reggiani jumped out running toward the crew with the new bearing in hand. The Ascari Ferrari started the race on time. Unfortunately, the pilot was in trouble, accused of taking off without permission from the Mexico City Airport.

Deadly Car Crash and a Defection from Ferrari to Maserati 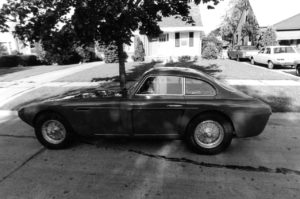 Merritt explained how the Mexico found itself in front of his house. “I was the pro bono curator to help Carl Bross assemble the world’s first Ferrari collection. That would have been in 1965 or so. I heard Tom Stewart had the car for sale and talked him into buying it, but I never owned it.”

And, after all the trouble Reggiani had gone through the night before, the Ascari Ferrari retired from the race on the first day after running off the road. Only S/N 0224AT, shown here in front of Dick Merritt’s house in the 1970s, would finish the race behind the two Mercedes.

As Cozza tells it, Reggiani had come to Maserati from Ferrari after an unfortunate incident. While paying a visit to Luigi Chinetti in New York, “Tonino” (Reggiano) was riding with Alfred Momo when they crashed into a metal traffic divider. Tonino suffered head injuries and stayed hospitalized for a few months. When he returned to Italy, he found that Ferrari had not paid his insurance policy. Enraged, Reggiani walked out and over to Maserati where he got a position in Gino Bertocchi’s engine testing department. For years afterward, Reggiani was Cozza’s mentor and guru both on the job and in life. 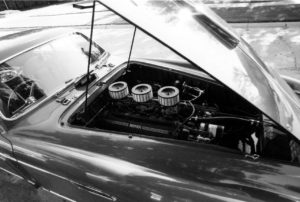 Merritt recalls, “In those days everyone, including my now ex-wife, assured me that I was wrong to claim that old Ferraris were future collectibles since there were NO Ferrari collectors.”

One comment to the original post in VeloceToday.com said, “That Ferrari is so ugly it’s pretty! I guess the old adage ‘Form follows function’ is correct.”

Do you have any stories about vintage Ferraris or other classic cars? Please share the story here, or leave a comment below. 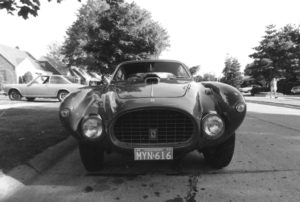 In the 1970s, Chris Cooper lived in the same Royal Oak, Michigan neighborhood as Dick Merritt. “My sister babysat for Dick Merritt’s son, Kendall, and I spent a considerable amount of time checking out the many neat cars Dick had acquired.” The 340 Mexico 0224AT was just one of them, and Cooper took the photos of the car in front of Dick’s house.

Thank you to author Pete Vack of VeloceToday.com for allowing us to reprint the story of the historic Ferrari 340 Mexico.