Where are the modern-day playboys? They don’t stand out as much as they did in the 1950s. It’s not politically correct nowadays. 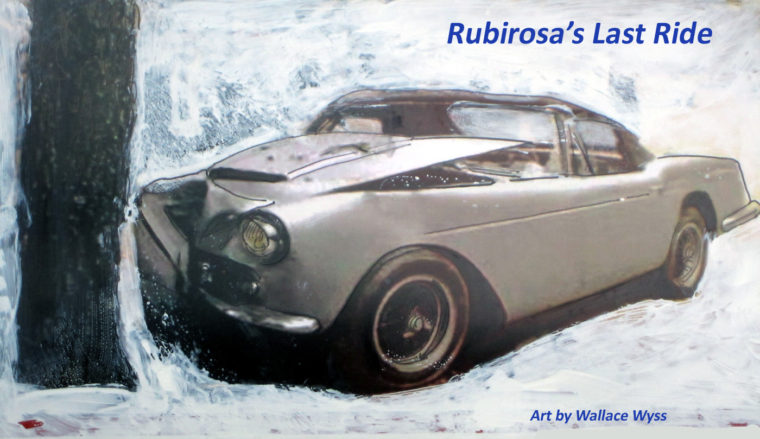 Porfirio Rubirosa was born in the Dominican Republic in 1909. He didn’t come from money yet ended up with homes in Paris and Palm Beach. Polo and racing were his claim to fame, and his name is associated with several significant competition Ferraris.

A 2002 Vanity Fair article by Gary Cohen stated that during the war, Rubirosa sold Dominican passports to Jews trying to escape Hitler’s Europe. At the time, he was in tight with the son of the country’s dictator Rafael Trujillo, a result of having married the dictator’s daughter. Unfortunately, the marriage did not last. He survived divorcing her and went on to greater glory from his diplomatic base in the Paris embassy. His brother in law, Trujillo’s son, bragged that Rubirosa was a “good liar” and very successful with the ladies.

During the war, Rubirosa became entranced with one of France’s biggest movie stars, Danielle Darrieux, who had been painted as a Nazi sympathizer. According to Cohen, a few bullets went her way, and Rubirosa took three of them in the gut. He recovered and married her in 1942. His anti-Nazi opinions resulted in imprisonment in Germany and forced his wife to make a promotional trip to Berlin to gain his freedom. The couple lived in Switzerland until the war was over and ended up divorced in 1947. 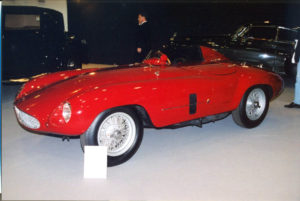 Ferrari 500 Mondial Spyder Scaglietti (#0464MD). Reportedly a gift from Barbara Hutton. Raced at Carrera Panamericana in 1954 and Sebring in 1955.

When It Comes to Rich, There’s Money and There’s Big Money

Rubirosa was used to money and Darrieux had plenty. But when reporter Doris Duke, a tobacco heiress came to interview him, he realized for the first time the difference between money and big money. He fell in love with the interviewer and on September 1, 1947, in Paris, Duke became wife number three. It cost her a cool million dollars to convince Darrieux to sign an uncontested divorce and release Rubirosa from any further obligations. It didn’t seem to matter to big money. Duke later bought him a coffee plantation in the Dominican Republic, a 17th-century house in Paris, a B-25, and threw in $3.5 million. The US State Department pressured Duke to make Rubirosa sign a pre-nuptial agreement because they were worried if she died he might use her money to promote an anti-US political agenda. Rubirosa had to sign off on the inheritance. Poor guy. 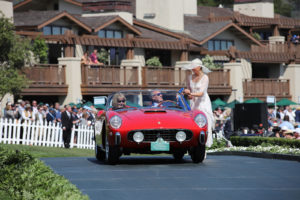 Now that he had the hang of it, Rubirosa continued to marry for money. In the summer of 1953, he met Barbara Hutton at a seaside resort in Deauville, France. Hutton was an heiress to both the Woolworth clothing store and E.F. Hutton stock brokerage fortunes, making her one of the richest women in the world. Hutton had a car racing connection as well. Her fourth husband, Igor Troubetzkoy drove the first Ferrari to compete in Grand Prix motor racing when he raced in the Monaco Grand Prix, and later won the Targa Florio. He ultimately filed for divorce.

Rubriosa married Hutton in 1954, but the marriage lasted only 53 days. His haul for the short time was admirable—a twin-engine airplane, a stable full of polo ponies, and $1 million cash. 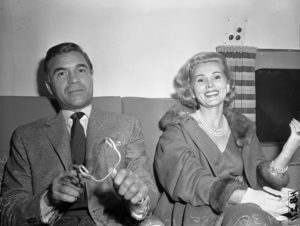 His Life Ended the Way it was Lived

There isn’t too much on his final years when he phased out of car racing. He remained involved with polo, playing until the end of his life. On the fourth of July 1965, his favorite team, Cibao La Pampa, won the French Cup and Rubirosa went out to celebrate with the team at Jimmy’s, a Paris nightclub. He usually had a chauffeur to drive home when he drank too much, but not on this particular night. Around eight in the morning, he roared off in his metallic grey Ferrari 250 GT Cabriolet Pininfarina bodied Series II (sn 1561 GT). Desperately trying to avoid a BMW in the Allée de la Reine Marguerite on the Bois de Boulogne, he hit a tree head-on. 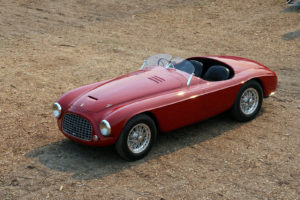 The crash was fatal.

When his second wife, Danielle Daireaux, found out he had been killed in a car accident, she stated, “He died the way he lived, and the way he would have wanted—in a violent and fast way.” 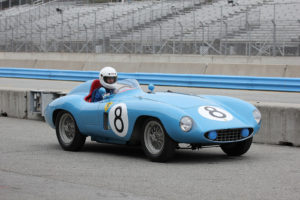 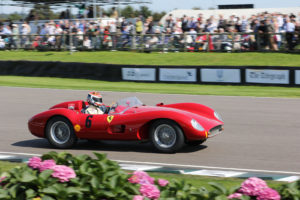 Thank you to author Wallace Wyss for allowing us to reprint “Rubirosa’s Last Ride,” a story that originally appeared in VeloceToday.com. Wallace is a fine artist of canvas giclee print paintings, and his work can be reviewed and ordered by contacting him at Photojournalistpro2@gmail.com.

Thanks to Hugues Vanhoolandt for most of the photographs included in this article.

Do you have any stories about Ferraris or other classic cars from the 1980s or any other time? Please share the story here, or leave a comment below.