Between November 2017 and April, 2018 London’s Design Museum displayed the Ferrari: Under The Skin exhibition to celebrate the 70th anniversary of the Italian carmaker. It highlighted every stitch of the black horse’s design and manufacturing process, from its debut in 1947 to the very latest models. 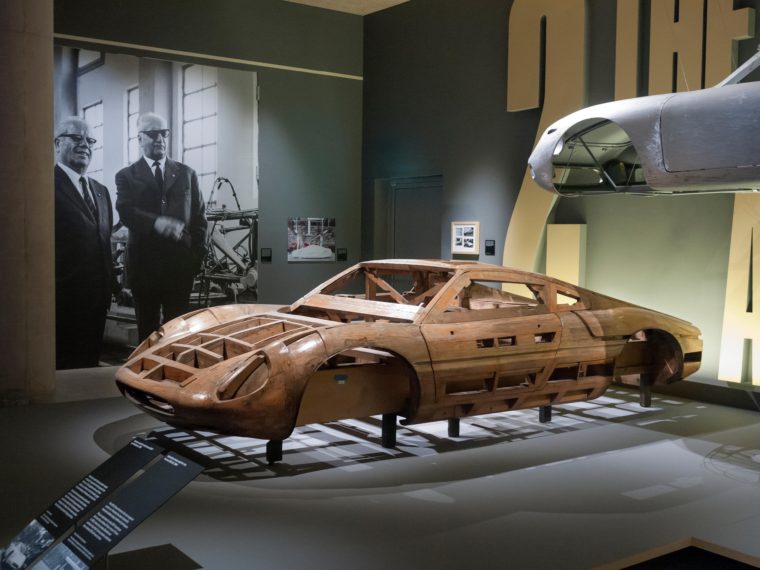 Don’t worry if you missed it. Starting in the summer of 2019, you’ll have another chance to get a behind-the-scenes look at the design, manufacturing, and engineering of one of the most iconic car brands on the planet. And, the following six-minute Michael Bath video will take you on a tour of opening day at the Kensington Hyde Street Design Museum in London.

You’ll see famous Ferraris that appeared on roads and racing circuits around the world alongside full-sized wind tunnel, and hand-sculpted clay and wood engineering models. Key exhibits include rare personal memorabilia and archival material relating to Enzo Ferrari’s life and early cars, together with the company’s phenomenal attention to detail in every element of the cars’ design. Along with design development and engineering, the exhibition shows the manufacturing process at the Ferrari factory in Modena, Ferrari’s racing heritage, and its celebrity clients.

And, if the video isn’t enough for you, exhibition officials state that the tour will be held at other locations from Summer 2019 forward. We’ll have to stay tuned for more locations. Wouldn’t it be great if they brought it to the US? You can encourage them to do so by sending an email to them at the Design Museum. I did!

Ferrari: Under The Skin will Blow Your Mind

Do You Think Every Man Should Be a Ferrari Owner?

When Ferrari celebrated its 70th anniversary at the 2017 Goodwood Festival Of Speed, Ferrari owner, racer, and club president Josh Cartu explained precisely why he believes you need a Ferrari in your garage.

“When I was just a boy, before the internet, Instagram and Facebook, my father’s friend brought over a poster of a yellow Ferrari 355 Spider. I saw it and was completely hooked. It went up on my bedroom wall along with images of fighter jets and space ships, but it was my favorite—it was an attainable dream. That day, I became a Ferrari owner. Not in the same way I am today, but in the sense that I bought into the brand.

Growing up, I couldn’t help but think of that 355 Spider. Several years ago, I finally felt I could afford it and bought my childhood dream car. At least the modern version of it—the 458 Spider.

My other cars had been easy to get to used to, so I assumed that a Ferrari would be the same, especially considering that the electronics were more advanced and the chassis was more evenly balanced. In some ways, I was right, but in others, I was wrong. Very wrong. The sensation of driving it was completely different. The sound of the engine; the visceral feedback through the steering wheel and seat; the lightning-fast gear changes; and, most of all, the incredible suspension that defies all logic as you sail over bumps in the road without disturbance.”

That car surprised John in many ways making him a believer that every man should own a Ferrari.

“The Ferrari universe teaches you how to drive, how to network, and how to communicate your passion meaningfully,” says John. “But if you’re not ready to commit just yet, maybe you could start with buying a poster. I’d recommend one of a yellow 355 Spider.”

A Lucky Day and An Awesome Dream Car

Josh’s story brings back memories. As a young man, I was completely hooked watching Tom Selleck on TV as Magnum, PI drive around the north shore of Oahu, Hawaii in a red 308 GTSi.

That car impressed me so much I hung a framed poster of it on the wall in front of my desk at work. For years, every time I looked up, I saw dual round taillights on either side of the prancing horse—Ferrari’s famous logo. I told my kids, “Someday, dad will have a Ferrari like that.” I held on to that dream for a long time.

About 12 years ago, I fulfilled my dream, and it’s still in my garage today. It would definitely be hard to part with.

I know some of you have a similar story. Share it with us here, or leave a comment below.