Enzo Ferrari had an addiction to winning. In 1963, he’d run out of money and needed more. He wanted to win each automobile race he entered and would do anything to make sure he did. That same year, Henry Ford II began looking for a way to launch the first ever Pan European automobile company. He believed buying the sexiest company in Europe was the easiest way to accomplish that goal. 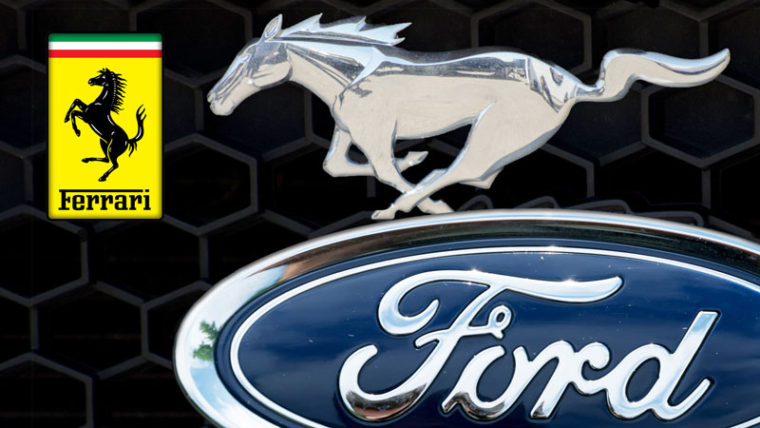 It’s no wonder the negotiations took a while. Enzo Ferrari and Henry Ford II were so much alike and so very different.

Ferrari, the Italian obsessed with speed, sold cars only to make the money that allowed him to race. Ford just wanted to sell more cars and saw racing as a marketing tool. In other words, their reasons for selling cars were diametrically opposite.

The timing seemed right for the two companies to join forces, and the negotiations went well—the attorneys even got to the stage of drafting final agreements. But in 1963, at a meeting held on July 4th, Enzo realized his assumption that Ford only wanted the road car part of the business was in error. In fact, Ford wanted control of the racing part as well. When Henry explained that Ferrari would not be allowed to enter a car in the Indianapolis 500 or other Formula One races without permission from Ford, Enzo, who did not like being told what he could or could not do, pulled out before the deal crossed the finish line. This event is highlighted in our June 25, 2018 post, Ferrari and Ford Surprise the World of Racing.

Enzo Ferraris abrupt ending to negotiations with Ford infuriated Henry Ford II. He responded to the rest of the Ford team with the statement, “Alright, we’re going to beat his ass.” That’s how the rivalry of the Le Mans 24-hour car race began.

A new movie, Ford v. Ferrari, is being filmed by 20th Century Fox and will debut on the big screen June 28, 2019. It is the true story of the four years following the failed merger and includes the action and excitement of many car races.

The film stars Matt Damon and Christian Bale and is directed by James Mangold (Logan, 3:10 to Yuma, and Walk the Line). The story follows an eccentric team of determined American engineers and designers led by automotive visionary Carroll Shelby, played by Matt Damon, and his British driver Ken Miles, played by Christian Bale. The two of them are dispatched by Henry Ford II, played by Tracy Letts, and Lee Iacocca, played by Jon Bernthal, to build an automobile to defeat Ferrari at the 1966 Le Mans 24-hour world championship race in France. The car they developed became the GT40, a nickname derived from being 40.5” tall. The engine was a 260 cubic inch Ford with an aluminum block.

Fords first attempt to beat Ferrari took place during the 1964 season. The Ford GT40, the car designed to beat Ferrari, was first raced in May 1964 at the Nürburgring 1000 km race where it retired with suspension failure after holding second place early in the event. Three weeks later at the 24 Hours of Le Mans race, all three entries retired although one GT40 led the field from the second lap until its first pit stop. The Ford engines could not rev as high as Ferrari and couldn’t hold together in a long race. The Colotti Italian-made transmissions malfunctioned, and the Borrani wire wheel spokes snapped under side loads.

Although the design allowed for a top speed of 200 mph, at 170 mph the car became unstable. It literally took flight and the front tires lifted off the ground. A driver of the car had a devastating crash the first time out, and that’s when the engineers and designers knew they were playing a dangerous game.

Ford insisted on running the cars in three major races, the Nürburgring 1000 km, Le Mans 24-hour, and Reims 12-hour, and all three results were DNF’s (Did Not Finish).

After the season-long series of dismal results, the program was handed over to Carroll Shelby. 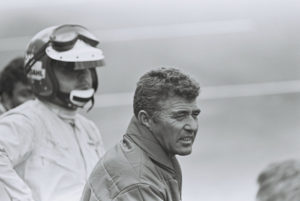 Shelby’s first victory came on their maiden race with the Ford program, with Ken Miles and Lloyd Ruby taking a Shelby American-entered Ford GT to victory in the Daytona 2000 in February 1965. One month later Ken Miles and Bruce McLaren came in second overall (to the winning Chaparral in the sports class) and first in prototype class at the Sebring 12-hour race.

The rest of the season, however, was a disappointment. Two Ford GT’s were entered in the 1965 Le Mans 24-hour race and proved quickest of all in qualifying trials. Unfortunately, neither managed to finish the race due to gearbox issues.

In 1966, the results for Ford would be a little different. We’ll cover that race in detail in our next post. You won’t want to miss it.

If you have comments or a story about Formula One racing, or any other classic car story, please share it with us here. Be sure to attach photos as well.