He was fired by Enzo Ferrari for his role in the failed ‘Palace Revolt,’ fought back by trying to out-do Ferraris on the race track, briefly produced cars under his name before being swindled into bankruptcy, and ended his career as he started, teaching mechanical engineering at the University of Pisa. Giotto Bizzarrini’s journey through life was indeed a bumpy one, but along the way, there were some lofty high points. 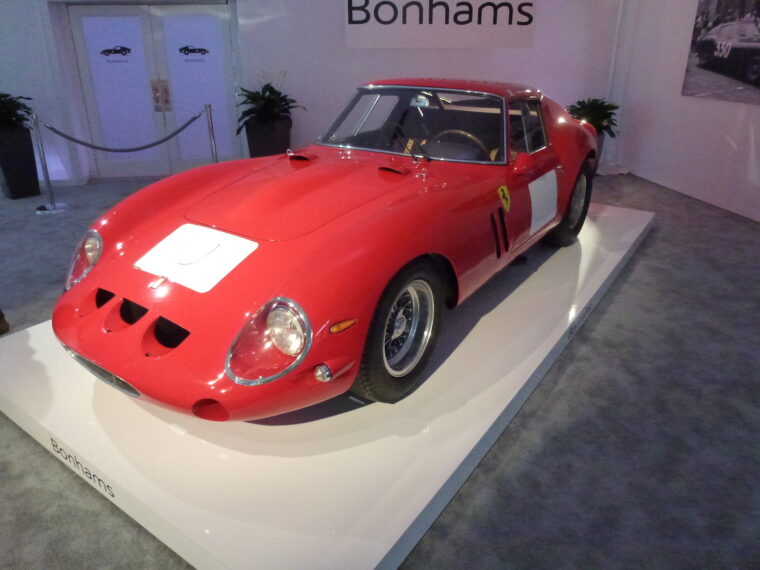 Ferrari 250 GTO at the Bonhams Auction in Monterey – August 2014

Bizzarrini deserves to be admired for designing the quad-cam V12 engine which powered Lamborghini road cars for decades, starting with the 350 GT and continuing through to the Miura and Countach. He also masterminded one of the most highly revered sports racing cars of all time, the Ferrari 250 GTO. Despite the magnitude of these achievements, Bizzarrini is just as often remembered for a one-off Ferrari special that sticks in the memory because of its odd looks. He modified a 1961 Ferrari 250 GT SWB coupe nicknamed by the British press as the ‘Breadvan’ and by the French as La Camionnette (Little Truck). 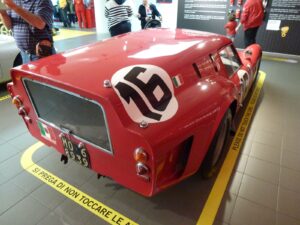 In an odd twist of Fate, Bizzarrini created the Breadvan to compete against his own creation, the 250 GTO. The Breadvan was the result of a commission from wealthy young Italian aristocrat Count Giovanni Volpi, who had been in-line to buy two GTOs until Enzo blocked the order after hearing the Count was investing in a sports car venture involving his former employee Bizzarrini. The Count retaliated by funding development of the 250 GT SWB. 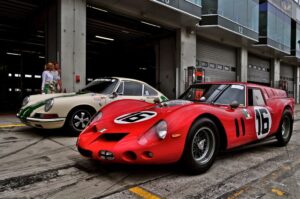 Ferrari 250 Breadvan on a race track!

It seems perverse that Ferrari elbowed-out Bizzarrini, creator of one of the firm’s greatest masterpieces, but there were good reasons. One was the 1961 Palace Revolt, triggered when Ferrari dismissed commercial director Girolami Gardini for daring to suggest that Enzo’s wife, Laura, should stop interfering in the factory’s day-to-day operations. Four of Ferrari’s senior staff, including chief engineer Carlo Chiti and development engineer Bizzarrini, staged a walkout to get Gardini re-instated—Ferrari responded by firing them all. 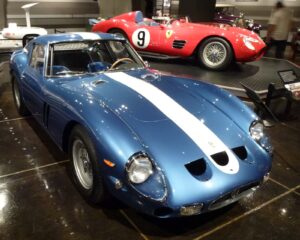 Ferrari 250 GTO at the Petersen Automobile Museum in Los Angeles

Another reason is that no one knew that the 250 GTO would be so successful and ultimately, so coveted. It was clear from the outset the GTO design stretched GT racing rules—a version of the 250 GT SWB but significantly longer, lower, wider and lighter—but when Ferrari sacked Bizzarrini, the car’s capabilities had yet to be proven.

Bizzarrini and Count Volpi did briefly get to stick two fingers up at Il Commendatore, with the Breadvan leading the GTOs at Le Mans in 1962 until halted by prop shaft failure, something Volpi suggested might be due to sabotage. The sports car venture part-funded by Volpi and involving both Bizzarrini and Chiti—ATS (Automobili Turismo e Sport)—also challenged Ferrari briefly before failing. By now Bizzarrini had fallen-out with Chiti over the engine choice for the ATS 2500 GT road car and, not being naturally inclined to accept decisions, he disagreed and decided to go it alone. 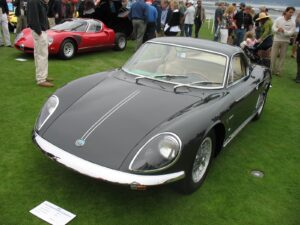 On his own, Bizzarrini designed the V12 for the first car produced by tractor manufacturer Ferruccio Lamborghini. Shortly after this, he became chief engineer for another wealthy Italian industrialist, former refrigerator manufacturer Renzo Rivolta, who had also moved into the risky business of making cars. The British-made Gordon Keeble GT served as the template for the four-seat Iso Rivolta GT, first shown in January 1962.

Bizzarrini designed and engineered great cars, but what he really wanted was to get back into auto racing. Through continual pestering, he eventually obtained Rivolta’s reluctant permission to develop a two-seater. This was the Iso A3/L Grifo, powered by a front-mounted Chevrolet V8, which spawned the Grifo A3/C competition car. At Le Mans in ’64, the prototype A3/C showed potential, but not enough for Rivolta to keep on pouring money into the project. In 1965, Bizzarrini went solo again. Keeping faith in the A3/C, he built a road version for the American market named the Grifo 5300, but soon renamed it the Bizzarrini GT Strada 5300. 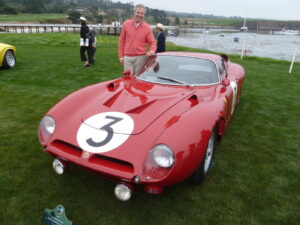 Free from the constraints of others, there seemed to be no limit to Bizzarrini’s ambitions. In January 1966, he unveiled a Le Mans challenger to the Ford GT40, the P538, and just ten months later, at the Turin Motor Show, revealed the pretty little GT Europa 1900 road car and the Chevrolet V8-powered GT America 7000 sports car. However, none of these projects would go ahead. Bizzarrini walked away from the GT Europa project when it became apparent that very little of the government money pledged for production would make it to the factory, and the P538 suffered from a Le Mans regulation-change that limited engine capacity of sports prototypes to 3.0 litres. 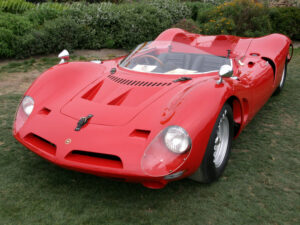 After throwing all the money he had and more at the P538, Bizzarrini suppressed his go-it-alone instinct and welcomed investors. The men in suits promised new sources of funding, and sure enough, they proved able to obtain loans on the back of the firm’s supposed market value. However, while Bizzarrini focused on the cars, his ‘investors’ entertained themselves by spending the business’s money on other things. By the time the scam became apparent, it was too late. In 1968, Bizzarrini was bust. 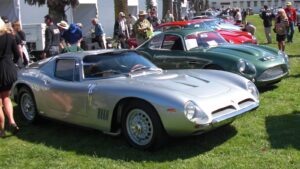 Bizzarrini’s bumpy ride makes for a fascinating story, and is well told in two books published by Porter Press: Ferrari 250 GTO: The autobiography of 4153 GT (Great Cars) in the highly-acclaimed Great Cars series, and Iso Bizzarrini: The Remarkable Story of A3/C 0222 (Exceptional Cars) in their Exceptional Cars series. If you like automotive histories spiced with ambitious characters and personal rivalries, you’ll find both these books spellbinding. 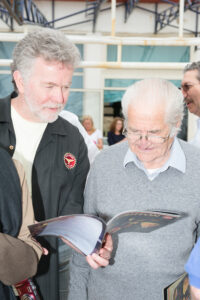 This article was first published by Porter Press International and Mike Gulett at MyCarQuest.com and is reposted here with permission.

If you have a story about any of Bizzarrini’s creations, or any other classic cars, please share it here, or let us know what you think in the comment section below.