Rueben picked up and delivered cars for Ferrari of Los Gatos. He was there every day when the business opened and when it closed. If he wasn’t at the dealership, he was on the road driving one of the fastest cars in the world. The Ferrari Daytona’s and Spyder’s he drove had 12-cylinder engines and were like racehorses—they enjoyed running above the speed limit. 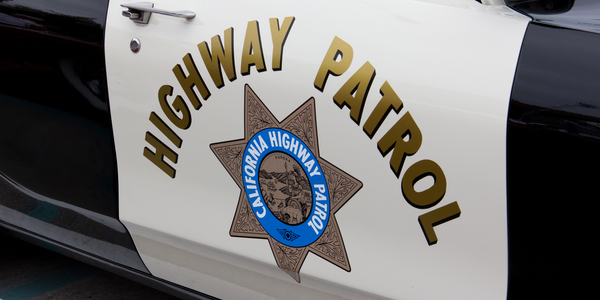 Editor’s Note: Jim was traveling earlier this week, so here’s a favorite post of his.  Enjoy!

Driving fast Ferrari’s every day of the week, Rueben was constantly watching out for the Highway Patrol, especially in California where he did most of his driving.

“On another occasion, I was coming back from Southern California with a Ferrari Berlinetta Boxer (BB),” recalled Rueben. “You know…the 12 cylinders Ferrari. Now in those days, the speed limit was 55 mph, and I had to be careful not to get too many speeding tickets.

“I was on my usual California route and used to stop at Denny’s in Lost Hills at the intersection of I-5 and Highway 46. Denny’s was my regular stop to have lunch, take a break, or put gas in the car. Highway patrol officers stopped there to take breaks as well. While they saw me plenty of times, they usually didn’t say anything to me.”

Until one day when the officers got curious.

The Ferrari Daytona’s and Daytona Spyder’s had 12-cylinder engines and were like racehorses.

One of three officers asked, “Why are you here so often, what kind of job do you have?”

Rueben explained that his job involved driving to and from Los Gatos with Ferrari’s. All three officers asked to see the car he was driving.

Now they got excited and asked for a ride as well. Rueben responded, “Give me your keys and your gun, and you can take the car for a run around here by yourself.”

They laughed, but one of them gave Rueben the keys to his patrol car and asked, “You want my gun too?”

The highway patrol officer took the Ferrari for a drive and came back so happy the other two went for a ride as well. They thanked Rueben and left, but not before saying, “We hope to see you around here again.”

Rueben said, “Over time, I probably let those highway patrol officers drive three or four different Ferraris while I took my break at Denny’s.”

Police Advice on How To Avoid Speeding Tickets

One time, as Rueben started to leave Denny’s, the highway patrolmen offered to share some valuable advice for someone who regularly drove fast cars.

Rueben responded, “Give me your keys and your gun, and you can take the Ferrari for a run around here by yourself.”

“We appreciate you letting us drive these fancy cars. We want to tell you something, so pay attention. We know when we see a sports car on the highway, sooner or later, the driver will go over the speed limit. We call each other and say, ‘Watch out for this car.’ So remember, if the officer that sees you speeding doesn’t catch you, another one will.”

Rueben already had two tickets, so this was not only good advice but advice he planned to take. One more speeding ticket and he would have lost his license.

Rueben’s adventures are only part of the Ferrari of Los Gatos story. Watch for more of his adventures and other stories in future posts.

Please share your stories about Ferraris, speeding tickets, or any other classic cars here, or leave a comment below.