Ferrari dealers spent years creating the perception only the rich and famous could own one of Enzo’s cars. Most of the dealers had other successful dealerships but enjoyed the status of having a Ferrari dealership, even if they only sold a few cars a year. They all shared the motto: If you can’t pay cash, you can’t buy a Ferrari. However, one dealership on the West coast changed all that. 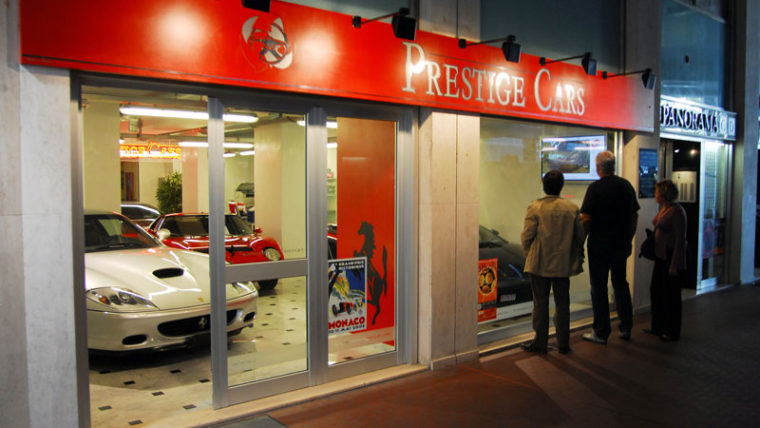 Knowing it would be hard to overcome the perception that you had to have the cash to buy a Ferrari, Richard and Brian needed a program that would shatter that myth. They already had solved the down payment issue with trade-ins. Now they needed an affordable loan program that would convince average people they could afford the most prestigious car in the world.

Ferrari dealers spent years creating the perception you had to be rich and famous to own one of Enzo’s cars. Ferrari of Los Gatos changed that.

Fortunately, Richard had established a good banking relationship when he and Brian opened Ferrari of Los Gatos. The initial inventory flooring loan from a bank in Santa Cruz allowed the dealership to buy cars with borrowed funds, make interest-only payments, and pay the loan back after the car was sold. While this helped fund their initial inventory of vehicles, it did not provide a solution for customer financing.

Did Optimistic Banker Get Taken Advantage Of?

The bank in Santa Cruz understood what the new dealership was trying to accomplish. Unlike other banks, they agreed to loan money secured by the value of the most popular car in the world. Banks love to lend money when security is high, and Ferraris kept increasing in value. Over time, the amount of the bank’s security in these loans increased, leaving the loan officers with a feeling that no long-term risk existed.

It could be argued that Ferrari of Los Gatos took advantage of the banker’s positive state of mind when it proposed a buyer financing program with low monthly payments. But isn’t that what start-ups are supposed to do – leverage available resources?

And that is exactly what Richard and Brian did–they leveraged the bank relationship by asking for a loan program for their customers. The bank eagerly agreed to provide financing for Ferrari of Los Gatos customers.

Richard and Brian named their financing program the “35 + 1 plan.” It included a relatively small down payment (or trade-in) and 35 monthly payments anyone with average credit could manage. While it looked and functioned similar to a lease, the loan contained a final balloon payment at month 36. If the buyer could not make the balloon payment, the bankers would refinance the balance, or sometimes, write a new loan. Remember, Ferraris were going up in value as time went by so the numbers worked in the bank’s favor. To the bankers, this deal mimicked the same one they offered homeowners, who often re-finance their mortgages when homes values go up.

With the 35 + 1 plan, buyers found it easy to purchase a car from Ferrari of Los Gatos, and the dealership differentiated itself once again.

Did Ferrari of Los Gatos take advantage of the banker’s positive state of mind, when it asked for a buyer financing program with low monthly payments?

Other dealers continued to require cash to buy a Ferrari. At their lots, if you weren’t dressed in expensive clothes, and carrying a checkbook with a large balance, you were made to feel unwelcome.

Potential Ferrari buyers got a clear message: Stay on the Ford, General Motors, or Chrysler lot. They’re full of average cars for average citizens like you. After all, the other lots were where those dealers made their money. Richard and Brian knew this because Vern, manager of the West Coast Ferrari distributor, told them at their first meeting, “Dealers don’t make money selling Ferraris. They’re backed by lots of something else.”

Richard and Brian had to sell Ferraris to pay the dealerships monthly expenses. Being different seemed to be the only way to accomplish that.

Ever been in a situation where you had to do something different than everyone else to be successful? Do you have a success story you, or someone you know, accomplished by differentiation? Please leave a comment below.

In the next post, Enzo is thinking of selling his company to Henry Ford II (known as Hank the Deuce). They meet on the 4th of July, and things don’t go as planned.