The automotive world lost a legend last week. If you ever drove a Ford Mustang or used a Minivan to take your family on vacation, you owe that to him. If you owned stock in Chrysler in the 1980s, he saved you from losing your money. 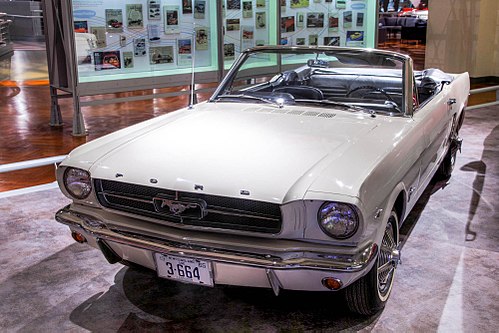 Lee Iacocca, the son of Italian immigrants from San Marco dei Cavoti, Benevento, made history as the only person to run two of the Big Three Automakers. In the 1970s and ‘80s, when Detroit still dominated the nations automobile market, the name Iacocca became so popular there was serious talk he would run for president of the United States in 1988.

A visionary, Iacocca first ran the Ford Motor Company and later the Chrysler Corporation. He brought out the Ford Mustang in 1964 and it rang up $1.1 billion in net profits over two years. In 1979, while running Chrysler, he realized the company would go out of business without a large infusion of cash. He approached the United States Congress and successfully negotiated a loan guarantee, something previously unheard of in the automotive industry. The following year Chrysler lost $1.7 billion. Four years later, in 1984, Iacocca turned that into a $2.4 billion profit.

Those that admired him called him a bold, imaginative leader that landed on his feet after being fired from Ford, and then proceeded to orchestrate one of the most brilliant turnarounds in business history.

“If you can find a better car, buy it.” Lee Iacocca

Success Got Him Fired, or was it Jealousy

Iacocca had outmaneuvered his rivals for the executive suite and became president of Ford in 1970, the second highest position in the company reporting to chairman Henry Ford II. As Ford grew and flourished under Iacocca’s leadership, he enjoyed the glitzy perquisites of his position. He traveled in a private Boeing 727, rubbed shoulders with entertainers like Frank Sinatra, and entertained in lavish Ford suites at the Waldorf Astoria in New York and Claridge’s in London. Evidently, his extravagances upset Mr. Ford and in 1978 Ford fired Iacocca saying he just didn’t like him. No other reasons were given, and that year Ford posted a $1.8 billion profit. He definitely wasn’t fired for not making his numbers!

How timely this turned out to be for the Chrysler Corporation. The company was debt-ridden, losing millions, and had no credit. Iacocca joined Chrysler and immediately closed plants, reduced the work force by half, negotiated and won huge union concessions, and sold assets to raise cash. All that was good, but not enough. He turned to the US government for help. 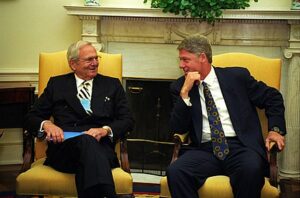 Chrysler received a $1.5 billion guarantee, borrowed $1.2 billion, and Iacocca went to work rebuilding the company. He started by appearing in commercials letting the world know, “The pride is back,” and explaining the turnaround taking place. He also told America to compare other cars available and then challenged us with his trademark phrase, “If you can find a better car, buy it.”

The One Common Ingredient in the Recipe for Success

Many factors contributed to the success of Chrysler, but they all had one thing in common—Iacocca.

It started with the K-car, a small, fuel-efficient, front-wheel-drive sedan. But while the K-car was successful, it was the introduction of the 1983 mini-vans that led to a massive avalanche of profits. The mini-vans introduced under Iacocca’s leadership led the automobile industry in sales for 27 years, and turned Chrysler into a fast growing, highly profitable company. In fact, the company made so much money it paid back the $1.2 billion loan in under five years, seven years earlier than it had to.

As part of the loan guarantee negotiation, Iacocca agreed to take only $1 as compensation for one year. By 1987, seven years later, the company that had nearly failed posted sales of $26 billion and sat on a $3 billion cash cushion. Oh yeah, and Iacocca was now the industry’s most highly paid executive, with salary and stock options worth $18 million.

There’s no question Iacocca was an automotive industry legend. In addition, he gave back to the country his parents immigrated to. Appointed by President Ronald Reagan to head the Statue of Liberty-Ellis Island Foundation, he raised funds for the restoration of the Statue and the Island. He also became an active supporter of research for type 1 diabetes disease, and an advocate of “Nourish the Children,” an initiative of Nu Skin Enterprises.

While there are many more contributions we could list about what Lee Anthony Iacocca contributed to the world we live in, where he really left his mark is on the highways of America. Take a look around next time you’re driving down the road. You can’t help but see his mini-vans everywhere.

Please share your thoughts about Lee Iacocca, Mustangs, Ferraris, or any classic car here, or leave a comment below.