Brian and Richard were incurable optimists. Driving home from Reno without a Ferrari dealership, they continued to talk about the opportunity to get one. Vern Keil, the general manager of the West Coast Ferrari distributor, had tried his best to discourage them. He told them repeatedly they wouldn’t make any money selling Ferrari’s and that a Ferrari dealership was a foolish idea for a couple of guys their age. 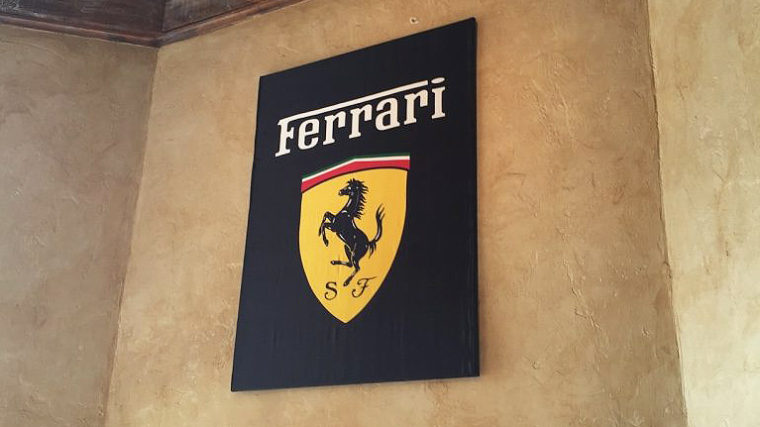 Brian knew not to stop before hearing “no” – and even then, you don’t stop until you get what you want. “It’s still a good plan Richard. We have to figure a way to get them to go along with us.

“How do we get Vern to feel the same passion you and I have for the dealership? We have to show him we can’t fail.”

An Amazing Offer: Number One in 90 Days

By the time they arrived in Los Gatos, the two men had a game plan. They’d make Vern an offer where he had nothing to lose and everything to gain.

When they arrived in their office, they picked up the phone and began dialing his number before they even sat down.

As soon as he heard Vern’s voice, Brian launched into their new plan. “Vern, we thought about everything you said and still want a Ferrari dealership. We believe we can be successful and want to prove it to you.”

“Brian, you know I’m concerned about you two. I like you, and I don’t want to see you get hurt.”

“Vern, we appreciate that. Here’s what we’re going to do. If we are not your number one Ferrari dealer in 90 days, we’ll give everything back.”

Brian repeated what he’d said, but much slower this time. “I said, if we are not your number one dealer in 90 days, we’ll tear up the contract and give you everything back.”

It was hard to argue against the young men’s approach. Vern’s reply put everything in motion.

“Brian, those terms give you guys a way out, which is what I always wanted you to have in the first place. I’ll do it. Come back up, sign the papers, buy your first car, and you’ll be on your way.”

Trying to control his excitement was almost impossible. “Thank you, Vern. We’ll be back tomorrow.”

Brian quickly hung up the phone. He turned to Richard and shouted, “We did it!”

Something was Very Wrong

In the morning Brian and Richard were up early and on their way back to Reno. This trip felt much different than the last one.

They were going to get the Ferrari dealership and make their dream come true. Life was good. What could go wrong?

At Modern Classic Motors, they waited impatiently for Vern. When they saw him walking toward them, they wanted to run up and hug him. Instead, with smiles stretched till their cheeks hurt, they shook his hand like proper businessmen.

It took a while for Vern to explain the paperwork and for them to finish signing everything.

“Okay boys, you’re ready to buy your first car and get started.”

As they turned and started to walk towards the warehouse, Vern said, “Well, there is one problem.”

They stopped and looked back.

How could this be? How many Ferrari’s had appeared in a movie or television scene that weren’t red? Rosso Corsa (Ferrari red) was the color everyone wanted.

Brian and Richard walked in silence towards the warehouse. Opening the door, they received another surprise.

The warehouse lights were not working.

Vern brought them a flashlight, and they maneuvered around in the dark trying to locate one car to buy. Eventually, Richard found a light green one with tan interior and a black bottom. They decided this was the best looking car in the warehouse, the rest were terrible, even in the dark.

As they walked back into daylight, Brian stopped abruptly.

“Richard, let’s talk about this for a minute.

Why don’t you call the bank and see if they will loan us enough to buy ‘em all?”

Richard looked at him in disbelief.

After talking about it for a while, Richard agreed to try. He phoned the bankers who responded, “No problem, we’ll loan you whatever you need.”

Leveraging the Deal to Get What They Wanted

Vern looked up as they walked into his office.

“Which one do you want?”

Brian looked him straight in the eyes.

Brian’s comment made Vern lean back as far as his chair would go, and raise his hands high above his head.

“Boys, I think you’re crazy. These cars are unpopular models in unwanted colors and will be hard to sell.”

Brian wanted to be the top Ferrari dealer and had nothing to lose.

“Vern, remember our deal: Number one in 90 days or you get everything back.”

“Brian, you just don’t get it. If you take all these cars, you’ll be out of business in no time.”

Brian refused to give up and repeated, “We’ll take ‘em all.”

With reluctance, Vern agreed to have all the cars shipped to California.

Sometimes, having no fear is a good thing. No established dealer would have purchased those cars in unwanted colors. But Brian and Richard considered the colors irrelevant. If they were as good at selling cars as they said, the color wouldn’t matter. They believed they couldn’t fail and were willing to bet everything on it.

They wouldn’t take no from their buyers either. And in their minds, they had no doubt.

Somehow, they would make it succeed.

How many Ferrari’s had appeared in a movie or television scene that weren’t red? Rosso Corsa (Ferrari red) was the color everyone wanted.