Ferrari never liked people buying their cars with the sole intent of flipping them for a profit. In 1995, it launched the new model F50 with a program to beat the speculators. No matter how much money you had, you couldn’t buy one. If you wanted one, you filled out an application and hoped Ferrari would pick you for their lease-to-own program. 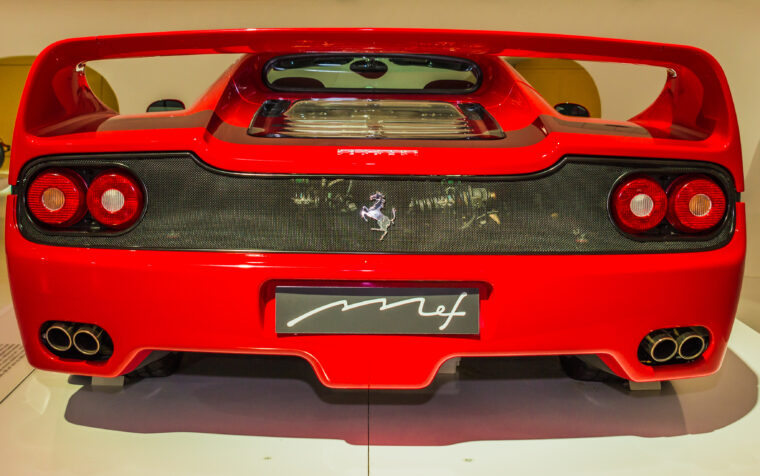 Ferrari used a questionnaire to determine who got one of the 55 F50’s earmarked for North America. One lessee said, “Applicants had to answer questions like, ‘What Ferraris do you currently own?’ or ‘How many Ferrari have you sold in your lifetime and for how much?’ or ‘Have you raced any Ferraris?’ and ‘Do you plan to race the F50?’ If you had the right answers, your name went on a list of people they’d consider.”

A Car and Driver magazine survey found that most F50 lessees were annoyed at Ferrari’s questionnaire and lease program. “I always pay cash,” said one lessee. “This time, I couldn’t so the car doesn’t feel like it’s mine. This made me feel as though Ferrari was questioning my motives—me, a guy who buys another of its cars every single year.”

No matter how much money you had, you couldn’t buy a Ferrari F50

Regardless of how the lessees felt, the scheme worked. F50 prices did not skyrocket as the F40 did in 1988, the year of Enzo’s death when turnaround artists jacked the price up as much as $1 million.

How the Rich and Famous Got Manipulated

Car and Driver magazine wanted to test drive an F50 and measure its performance. When they asked Ferrari if they could measure the F50, they were told, “No, there is no press car.” That’s okay they thought, after all, how many companies hand out a half-million-dollar machine to writers who thrash them on a track? 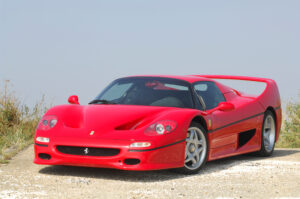 So, they turned to the U.S. lessees. In 1991, one of the current F50 lessees had happily handed them his F40 to test under identical conditions. However, a funny thing happened when they did. First, some lessees enthusiastically replied, “Sure, let’s do it, where do you want to test?” Then, among those who said yes, one of two things happened. With the track reserved and the test date drawing near, they’d stop returning the magazines calls. All contact ceased. Alternatively, sometimes, a stranger response occurred. The lessee would call back and state, “I’d still like to let you test my car, but I can’t. Ferrari doesn’t think it’s a good idea.”

So why would wealthy, independent men care what Ferrari thinks?

“I buy every new Ferrari that comes out,” explained one. “It was suggested that if my F50 got tested, I might not be on the list of preferred customers, which I think is necessary to get the first new models.”

“There are perks for being a loyal Ferrari customer,” said another. “You get personal factory tours in Maranello and private drives at Fiorano. Maybe I have a big ego, but those things mean a lot to me. So, to be told I might lose those perks, well, you know. . .”

That was the end of the discussion.

Was the Ferrari Factory Hiding Something?

No lessee volunteered the name of anyone that uttered any intimidating persuasions, so Car and Driver asked Ferrari North America (FNA) if it recommended that its customers not let them test their F50s? “It is true that we didn’t want a customer’s car tested because you never know what condition it is in, or how it has been maintained. But Ferrari North America never threatened a customer,” replied FNA spokesman Giampaolo Letta.

Was the Ferrari Factory Hiding Something?

Car and Driver questioned Letta why no magazine had measured the performance of an F50? “I’m aware your magazine contacted some customers who agreed to test,” said Letta, “but those customers backed out when they heard someone else would drive their car.” However, the truth is that lessees knew they could drive their F50 during the test if they wanted to.

There was one Ferrari dealer that would only speak anonymously. “Understand that Ferrari, the company, has a big ego,” he said, “and the F50 probably isn’t as fast as the F40. I’m sure Ferrari would prefer this go unsaid.”

Ferrari seemed to change after the death of its leader Enzo. The new regime had a different agenda. In the upcoming book on Ferrari of Los Gatos, you can learn more of the details behind what happened in the post-Enzo era. Stay tuned…..

Did you own an F50, or do you know someone that did? Let us know how you feel about Ferrari requiring a lease to purchase program. You can share the story here, or leave a comment below.