To be appointed a Ferrari dealership today is virtually impossible. When Brian Burnett and Richard Rivoir decided to try, it wasn’t that easy either. In 1976 there were 51 Ferrari dealerships in the US, mostly in California, selling a few new Ferraris and an occasional used car. 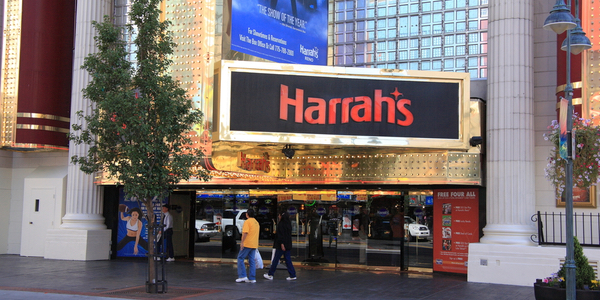 Brian and Richard, two young men with a dream, needed an opportunity to convince Modern Classic Motors, the West Coast Ferrari distributor in Reno, Nevada, to give them a dealership. Specifically, they needed to convince Bill Harrah, founder of Harrah’s Resorts and Casinos, who owned Modern Classic Motors, to provide them with the dealership. He made those decisions.

Brian made many phone calls and left many messages but only talked to the receptionist. Until one day when a male voice answered, “Thanks for calling Modern Classic Motors. This is Vern Keil. How can I help you?”

Brian knew Vern was the general manager and realized this was his opportunity. He wasted no time getting to the point.

If you want a Ferrari dealership, you need to get appointed by a Ferrari distributor. That isn’t as easy as it may sound.

The lucky call went something like this. “My name is Brian Burnett. I currently manage the Porsche/Audi dealership in Northern California. My friend Richard and I want to start a Ferrari dealership in Los Gatos.”

“Well Vern,” Brian said, “We have a location here in town and a bank credit line. We believe this will work and I’m good with used cars, too.”

Dealership Backed by Millions of Dollars of Something Else

Vern responded, “Look, you seem like a nice kid, so trust me, you don’t need a Ferrari dealership. These dealerships are for older people with a lot of money. They don’t sell many cars, and you can’t make money doing this. The dealership here is backed by millions of dollars of something else, understand?”

Brian wasn’t about to give up. “We’ve thought about this a lot Vern and don’t see how it can fail. Other car dealers have been successful at the location we have, and there are no other Ferrari dealers between San Francisco and Monterey. Plus, I already sold a used Ferrari out of the Porsche/Audi store I currently run.”

Vern realized that trying to talk Brian out of this over the phone was not going to work. “Why don’t you and your partner come up to Reno and we can speak about this in person?” he offered.

Brian did not hesitate, “How soon can we meet?”

Brian and Richard made their first road trip to Reno, Nevada the next day. They knew they had just one chance to convince Bill Harrah’s company to give them a dealership.

To do so, they’d have to make the bet of a lifetime.