Brian and Richard grinned from ear to ear like schoolboys as they cruised in Brian’s Porsche down the highway toward Nevada. The opportunity to talk with the West Coast Ferrari distributor about a dealership was one huge step towards making their dream come true. 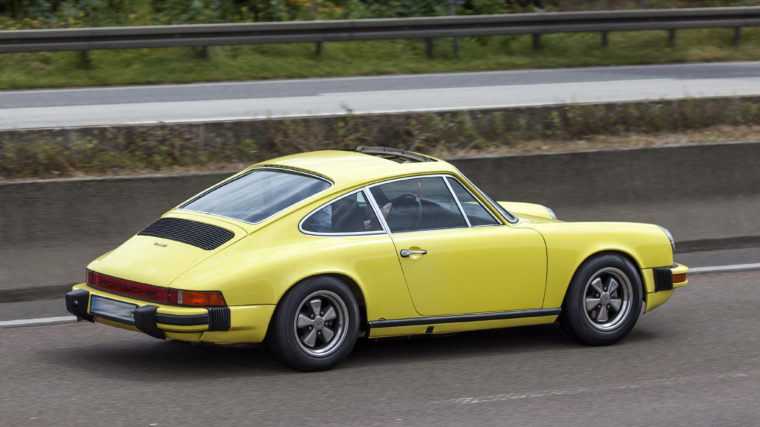 They arrived at Harrah’s hotel in Reno, checked in, and impatiently waited for tomorrow. Time seemed to pass in low gear. They occupied the hours thinking and talking about what it would be like to discuss their new Ferrari business.

When morning finally arrived, they drove to the office of Modern Classic Motors. Vern Keil, General Manager, greeted them and brought them to Mr. Harrah’s office for a short introduction. Mr. Harrah was genuinely interested in what they wanted to do.

After talking with Mr. Harrah, Vern gave them a tour. They talked with him about the car business and Mr. Harrah’s love of Ferrari’s. Harrah’s auto museum – largest in the world at the time with 1,450 vehicles – was more than a little impressive.

Mr. Harrah loved Ferrari’s. His auto museum was the largest in the world at the time with 1,450 vehicles.

Vern explained that Harrah made a considerable fortune bringing gambling to Nevada by establishing casino and hotel operations just over the California state line in Reno.

“Harrah owned many Ferrari’s,” said Vern. “He drove them through the desert on his way from Lake Tahoe to Reno. He may be known for his casinos and hotels, but he’s always been a hot rodder.

“Rumor has it Mr. Harrah drove so fast his bodyguards couldn’t keep up with him.”

The discussion turned to a Northern California Ferrari dealership, and Vern quickly pointed out potential pitfalls. “First of all, a Ferrari dealership will not sell many cars and won’t make any money,” he explained. “And this is the wrong thing for a couple of young guys like you.”

Brian and Richard listened intently to his reasons, but couldn’t understand. All this talk about not being able to sell Ferrari’s in America and losing every penny they had made no sense. They didn’t see how the Ferrari dealership could fail.

After taking them to lunch, Vern excused himself to attend to some business. He invited them to a dinner show that evening, “…for some fun and relaxation.” They accepted and made plans to meet him later.

A Request to Reconsider Their Foolish Idea

Vern was a gracious host and dinner was nice, but the discussion continued to be bittersweet. Vern ended the evening telling Brian and Richard they were nice guys and he did not want to see them get hurt or stuck with a lot of cars they could not sell.

As Brian and Richard said thank you and goodbye, Vern closed with, “I hope you boys will reconsider. If you think things over and listen to my advice, you’ll see how foolish this idea is.”

It may have seemed silly to Vern, but it was far from that for Brian and Richard. They had heard what he said – including his concerns – yet realized his response was not an emphatic “no.” They had not yet lost their opportunity to gain a dealership. They just needed to convince Vern that they deserved one.

On the way home, they came up with a new plan. It would be a big gamble but might convince Harrah to give them a dealership.

In the next post, you’ll find out more about the incredible bet.

2 thoughts on “Put it All on the Line to Win”