For weeks the local newspaper advertised a new Ferrari dealership was coming. The sleepy little town of Los Gatos buzzed with excitement. In the 1970’s, most people visited Los Gatos because they needed gas. They stopped briefly to fill their tanks before heading over the hill to the beach in Santa Cruz. 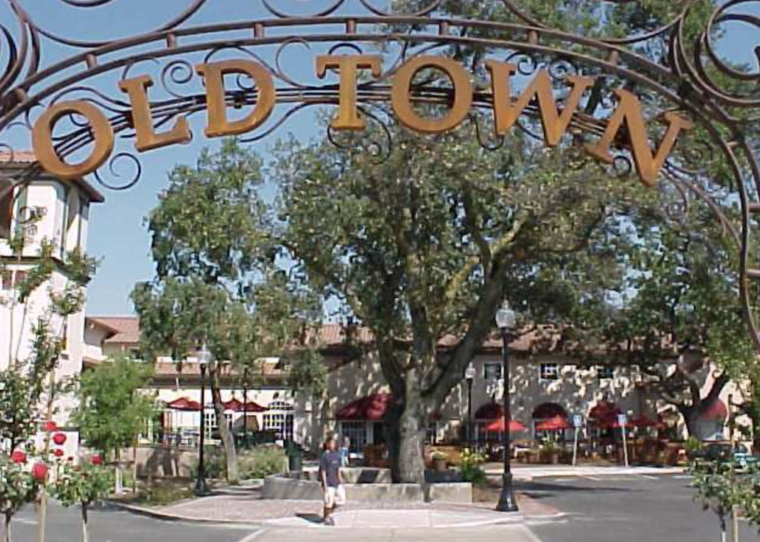 A new car dealership, especially one featuring fancy and expensive Ferraris, constituted a big deal for town residents. The fact that no other U. S. dealership had ever displayed so many Ferrari’s at the same time made the opening even more unique. Opening day attracted a constant stream of onlookers. The crowded dealership filled with people standing wide-eyed, speechless, and overwhelmed.

Ferrari of Los Gatos quickly became an entertainment attraction with more visitors than Brian or Richard expected. Friends told friends about the classic cars, which generated even more visitors.

No other dealership had displayed so many Ferraris at the same time.

Everyone that walked through the doors of Ferrari of Los Gatos voiced the desire to own a Ferrari, but most were lookers with no intention to purchase. Even those remotely interested in buying said, “I wanted a red one.”

So Brian came up with a couple of pat answers to those whose hearts were set on a red Ferrari. He had everyone at the dealership memorize and practice saying,

“Now, why would you want the same color as everyone else?”

“After 30 days, you’ll enjoy this car so much you won’t realize what color it is anyway.”

They were good responses. Cars started moving off the lot.

The Lawyer that Just Wanted to Drive One

One day a young attorney walked into the dealership and said, “I’d like to test drive a Ferrari. I’ve never driven one before.”

Naturally, the salesman accommodated, “Sure, let me get the keys to our demo car.” With a big smile, the lawyer drove the car around town while the salesman tried to convince him to buy. Ten minutes later he parked the car on the Ferrari of Los Gatos lot, tossed the keys to the salesman, said thanks, and walked away.

Following him, the salesman asked, “Don’t you have any questions? Can I work up a quote for you?”

The lawyer’s reply shocked him.

“Oh, I didn’t want to buy a Ferrari, I just wanted to drive one.”

How to Make Selling a Ferrari Easy

When Brian heard the salesman relate this encounter, he realized something needed to change.

He told the staff there was a new policy effective immediately. Any customer wanting a test drive would have to settle for sitting in the passenger seat.

He also believed in a casual sales environment that felt relaxed and welcoming.

The day Ferrari of Los Gatos opened for business, Brian issued polo shirts to all employees and told everyone, “Get changed, and don’t ever wear a suit and tie to work. We’re going to wear casual clothes just like our customers.”

While Brian knew these changes were steps in the right direction, one other important thing needed to happen to prepare customers to buy.

In 1976, most people didn’t have money saved for a down payment on an expensive car. Something needed to be done to overcome this obstacle.

Brian reviewed his career as a car salesman. He’d had great success in the past selling used cars. He remembered how many new car deals usually had a buyer with a trade-in.

He knew that if Ferrari of Los Gatos accepted used car trade-ins as a down payment, that would be a differentiator. Other dealerships took no trade-ins. On their lots, if a customer didn’t have all cash, they couldn’t buy.

In 1976, most people didn’t have money saved for a down payment on an expensive car.

Customers loved the trade-in option. They didn’t have to come up with money. And the sales staff loved it. They made a second commission when they sold the used car.

Brian and Richard were creating a Ferrari dealership different than any other in more ways than one.

And the unique approach worked. Cars were flying off the lot.

In the next post, meet Enzo Ferrari and discover the origin of his passion and the similarities Brian shared with him.