If you watched television in the 1980s, you might remember the show Magnum P.I. Tom Selleck played private investigator Thomas Magnum and became famous for his mustache and Hawaiian-style aloha shirts. Every episode included scenes of him driving around Hawaii in a red Ferrari 308. 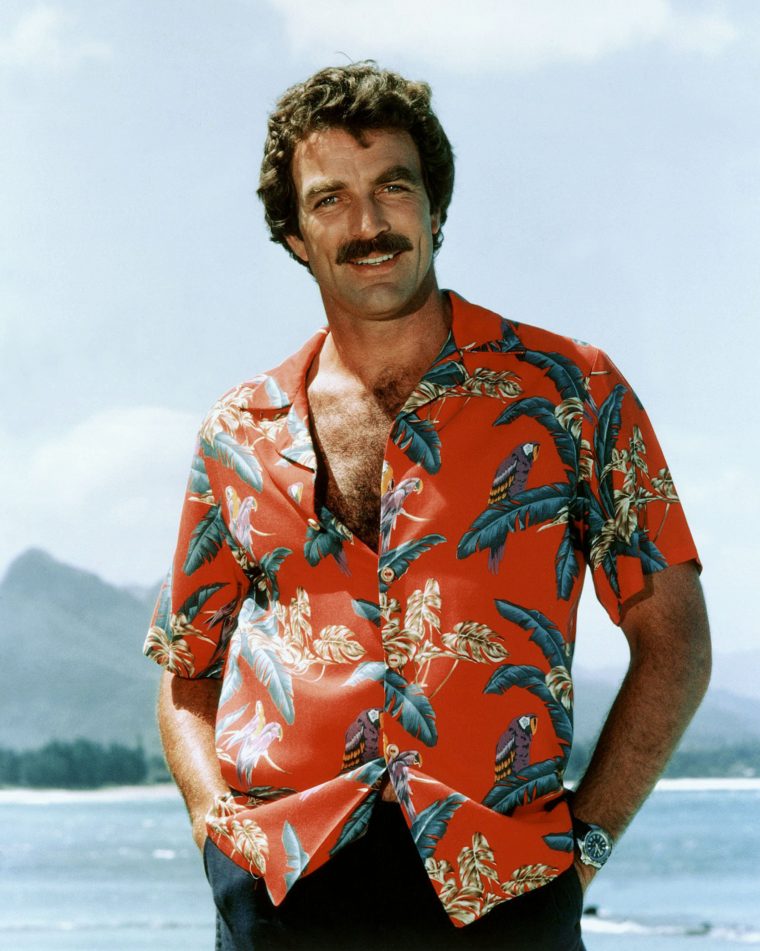 A retired US Navy Officer, Magnum lived a luxurious life on a 200-acre Hawaiian beachfront estate owned by author Robin Masters. In return for providing security for the estate, Mr. Masters gave Magnum free use of the guesthouse and one of his cars, a red Ferrari 308 with the license plate ROBIN-1. The crime drama series ran from 1980 to 1988 and consistently ranked in the top 20 US television programs during its first five years. The red Ferrari 308 became popular while the show aired and became known to many as the “Magnum Ferrari.”

It’s been rumored that more women watched Magnum P.I. to see Tom Selleck than men did to see the cool Ferrari. Here’s a memory posted on IMDb.com by an anonymous fan.

“The hottest thing I’ve ever seen on the screen, big or small. Tom in the shower (by himself) resting head and arm on the wall, water beating down on him ———— ooohhhh mmmyyyyy!!! Can’t remember the episode, after all, it was years ago. But sticks in my mind and I still see it like it was yesterday! He’s still the sexiest man I’ve ever seen, but sure would like to see more smiles! Remember the sh– eating grin at the end of the show?”

A Protest Brought Him Back from Death

Originally canceled during its seventh season, Magnum P.I. aired a series finale that ended with Magnum’s death. Fans protested, and the show was renewed for one more season, which started with a wounded Magnum having dreamed his death.

No one wanted to see Magnum go, and it’s taken 30 years for the hit TV series to come back. In September 2018, CBS re-booted the series, starring Jay Hernandez as Magnum. His buddies TC and Rick are back, as well as Higgins, caretaker of the estate he lives on. This time, Higgins is female but still has the two highly trained “lads,” Doberman Pinschers named Zeus and Apollo.

It’s great to see the show return, but somehow it’s just not the same without the mustache and 308 Ferrari.

Earlier this year, wearing a red Hawaiian Aloha shirt, I was out for a ride in my ’82 Ferrari 308 GTSi with my cousin’s 25-year old son. We ran out of gas. I know, rookie mistake. Well, to make matters worse, after putting gas into the car, when I turned the key in the ignition, nothing happened. The battery was dead. We had to call for a tow truck. 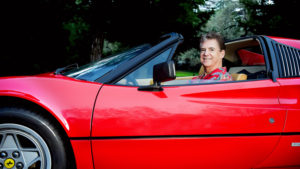 The tow truck passed us on the other side of the divided road, and we were worried the driver hadn’t seen us. He must have made a U-turn down the road. When the truck arrived, the driver stepped down from the cab and walked towards the car.

“Glad you were able to find us,” I said.

“Are you kidding me, it was easy to spot a Magnum Ferrari with a guy in a Magnum shirt standing next to it. I feel like I’ve gone back in time.” We had a good laugh.

The tow truck driver got the Ferrari started, commented on how beautiful it sounded, said good-bye, and drove away.

My cousin’s son had a puzzled look on his face.

“What the heck is a Magnum Ferrari?”

If you have a Magnum story or another classic car story, please share it in readers stories.