Enzo Ferrari had a strong personality and a peculiar way of dealing with people when they didn’t see eye-to-eye with him. It went something like, “If you don’t like it here or the way I’m doing things, you’re free to do it your way, but somewhere else.” 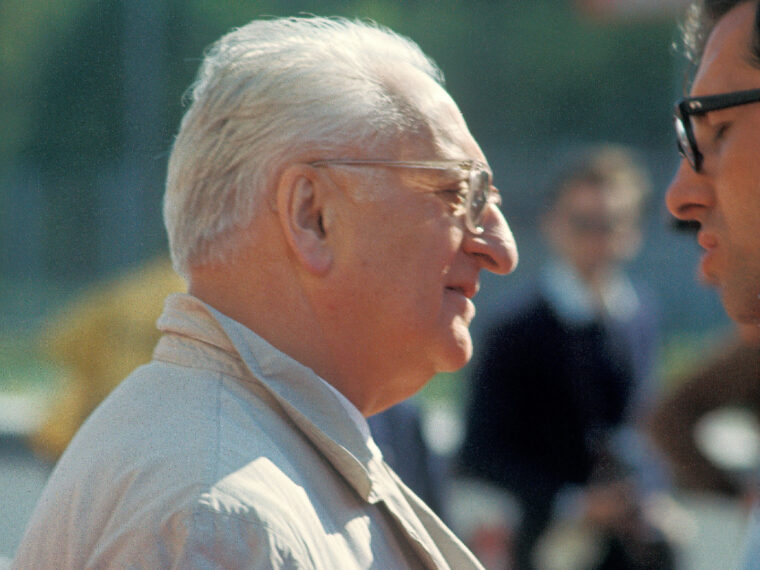 Enzo used this tactic with Ferruccio Lamborghini, and it got him to start a competing sports car company. He did it again with Henry Ford II, and Ford demolished Ferrari at Le Mans from 1966 ‘till 1969. His pure and straightforward stubbornness almost cost Enzo his company more than once. Internal tensions with his management team reached the boiling point in 1961, and the ensuing uprising almost killed the company.

Enzo and the company he founded were struggling in the early 60s. After the tragic death of his son Dino in 1956, Enzo started to isolate himself from the factory and the Scuderia racing team. Spending time in his office in Modena, his wife Laura started spending more time around the factory involving herself in the day-to-day general management of the Scuderia. She insisted that the company was mismanaged and sales manager Girolamo Gardini was on the receiving end of most of her outbursts. While he tolerated the never-ending verbal abuse, he always argued with Enzo about it. The discussions became so heated that in 1961, the situation became a crisis when Gardini confronted Enzo with an ultimatum—either Laura backs off, or he would leave the company.

Firing His Sales Manager Results in a Huge Unexpected Backlash

True to his personality, Enzo refused to comply with his sales managers demand and promptly told him, “You can’t quit—you’re fired.” Gardini packed his bags and left the factory through the backdoor.

Enzo did not expect what happened next.

After hearing the news, eight Ferrari top engineers hired a lawyer to draft a letter opposing the firing of Gardini. No one had dared to oppose Enzo like that before. Ferrari was getting heavy competition from the likes of Ford, Lotus, 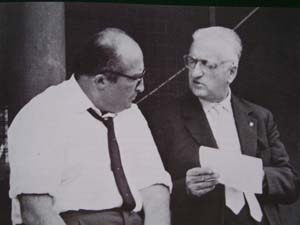 Jacquar, and Shelby. The eight engineers were the heart of Formula One and GT-racing development teams, and any delays would put Ferraris plans at risk. Enzo had hard choices to make.

After receiving the letter from his key engineering staff, Enzo assembled all managers for his regular weekly staff meeting. During the meeting, there was no mention of the letter from the group of eight. Romolo Tavoni, Scuderia Ferrari manager, recalled that the meeting was unusually short, about 45 minutes. When the meeting ended, Enzo’s secretary asked the eight engineers to follow her to another room. She handed each one of them a small envelope. Inside was one month’s pay in cash. She then pointed the eight men to the door and kindly asked them to leave, never to come back again.

After Enzo’s death, Tavoni said, “Our mistake was to go to a lawyer and write him a letter, instead of openly discussing the issue with him. We knew that his wife wasn’t well. We should have been able to deal with it differently. When he called the meeting to fire us, he had already nominated our successors.”

Ex-employees and a New Problem – Competition

Along with Ferrari Scuderia manager Tavoni, sports car development chief Giotto Bizzarrini and chief engineer Carlo Chiti created a new Formula One team under the name ATS (Automobili Turismo e Sport). Financed by a wealthy Venetian aristocrat, Count Giovanni Volpi, it looked like it might cause trouble for Ferrari. With the Count’s money, the team immediately went to work on three projects—an F-1 car, a GT-prototype, and a regular road-going GT. 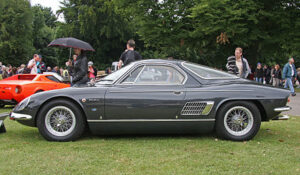 The resulting V8 powered ATS-100 made its debut at the Dutch Grand Prix in 1963. Even with champion race driver Phil Hill behind the wheel, the car never finished better than 11th, and it failed to finish in several races. ATS folded up operations after this hugely disappointing season, never to be seen on the racetrack again.

Ferrari survived the revolution and hired Mauro Forghieri and Sergio Scaglietti to finish the 250 GTO and design beautiful Ferraris for years to come.

Enzo went through a lot of challenges in the early 60s, but he never cracked.

Please share your thoughts about Ferrari or any other classic cars here, or leave a comment below.