All it takes is one car to change the history of the automotive industry. Consider the 1932 Ford V8. Its launch created the American hot rod subculture. 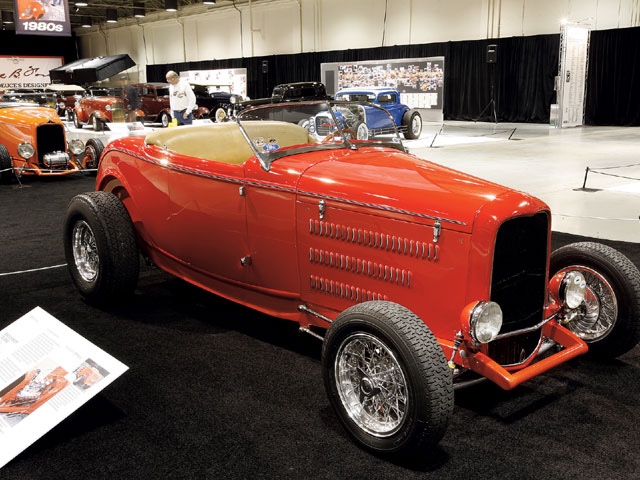 Sometimes called a street rod, a hot rod is a classic American car with an oversized engine customized for speed. The term “rod” refers to the connecting rods in the high-performance, or “hot,” engine. Thus, the name “hot rod.”

In the 1930s and 1940s, custom, souped-up cars were visible on most streets in the US. Hot rodding became an American pastime that celebrated self-expression, breaking the rules, and good, clean fun.

The original Deuce, often called “Deuce Coupe” in slang terms, made it possible for any hot rod enthusiast to create a custom car with power and performance superior to models purchased new from a dealership lot. Ford produced about 275,000 vehicles in 1932 that introduced a stylish new V-8 engine to the market. With a manufacturers list price of $490, the ’32 Coupe entered the used car market as the de facto standard for hot rod modification. 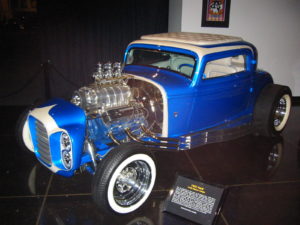 In 1963, the cover of the Beach Boys’ album, Little Deuce Coupe, featured a custom three-window 1932 Ford Coupe. On September 28, 1963, the albums title song (Little Deuce Coupe) peaked at number fifteen on the top 100 hits chart. The lyrics speak to the hot rod craze: “She’s my little deuce coupe, you don’t know what I got.” 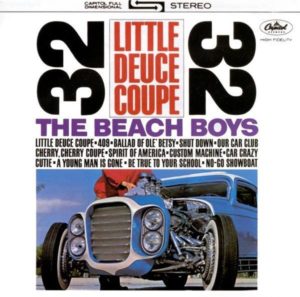 In 1979, Brian Burnett purchased the 1969 Ferrari 365 GT V-12 engine Bill Harrah had installed in the original Jerrari. Custom cars seemed to be in both men’s DNA. And, it’s unlikely anyone other than one of these men would have dreamed they’d install the same Ferrari engine in two different cars almost ten years apart.

Brian continually looked for ways to build unique cars. With the 320-horsepower 268 cubic inch engine in hand, he commissioned Dick “Magoo” Megugorac to install it into a 1932 Deuce Roadster. Known merely as Magoo, Dick could build cars with the right look. They all seemed to have the subtle just-so stance, the simple-yet-elegant detail work, and, perhaps, most important, bombproof reliability. His cars drove well and could reliably take long rides anywhere, anytime.

Magoo’s cars were also innovative and spectacular. He and his crew became legendary after they took up the herculean task of stuffing a V-12 engine from a Ferrari 365 GT 2+2 between the rails of a 1932 Ford Deuce Roadster.

Jonnie King is one of radio broadcastings longest running professionals.  For over 50 years he’s entertained audiences worldwide. His website, www.legends.thewwbc.net, is dedicated to All-American Hot Rods & Custom Cars. Click on the picture below and listen to Jonnie interview Dick “Magoo” Megugorac about the Deucari.

Unlike the Jerrari, the Deucari stuck with a Ferrari theme throughout the project. Magoo outfitted the car with Borrani wire wheels, a Connolly leather interior, and Ferrari red paint. To maintain a sleek flow from front to rear, He added a DuVall windshield and a lift-off aluminum top with a 1937 Cord rear window. The finished car won the “America’s Most Beautiful Roadster” award at the 1979 Grand National Roadster Show in Oakland, California.

The “Deucari” proved to be more than just a show queen. Brian drove the car to the 1980 Street Rod Nationals in Memphis, Tennessee, and took it for a few passes down the drag strip, turning in a best elapsed time of 13.01 seconds at 105 miles per hour. It also spent some time on the Fremont drag strip in Northern California. 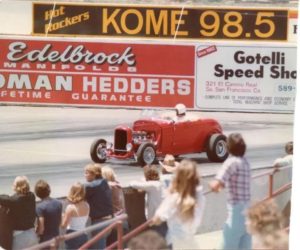 Have you ever built a hot rod, or know of someone that did? Please share the story here, or leave a comment below.

In the next post, discover another Magoo built 1932 Ford with a Ferrari engine.