So he did – but his timing was off. In retrospect, I gotta hand it to car builder Ettore Bugatti because not only did he build cars that ended up winning 1000 races, but for a while, he built the world’s most expensive car.

The car was called the Bugatti Type 41 Royale, and what he was doing was attempting to piggyback on a contract from the French military. They wanted a 16-cylinder aircraft engine. He developed it, but the contract never came. Nevertheless, rather than waste the tooling, he cut it in half and made one helluva big luxury car powered by a straight-eight.

The Type 41 Royale engine boasted 12.7 liters, or over 700 cubic inches, roughly twice the size of the biggest engines made by Detroit four decades later. Everything about the car was big. It had a 15-foot wheelbase, and the top of the hood was a good five feet from the ground.

Ettore Bugatti built cars that ended up winning 1000 races, and, for a while, were the world’s most expensive car.

However, his timing sucked. The car began rolling off the line in Molsheim just in time for the start of the Great Depression. Only six Royale’s were produced, and two were never sold, staying instead with the Bugatti estate.

The coachwork took various styles. One style, the Kellner Coach (or ‘Coupe’), was hidden from the Nazi occupiers of their factory during the war by bricking it in behind a false wall.

That stayed with the family until 1950 when American yachtsman and multimillionaire Briggs Swift Cunningham showed up, himself a Le Mans 24-Hours racing driver. He told me he bought both Royales dirt cheap because one of the things the family wanted to buy was a refrigerator!

The leftover Royale engines found a home at the SNCF (French National Railway), where they powered locomotives. They used them in pairs and even in triplicate to pull passenger railcars. But the engines might not have been right for the application, and they were dumped after the war.

This particular car, depicted in a rendering by your author, has a checkered past in that it escaped World War II by the thinnest of margins. When the Nazis came to power, the original owner, a German named Dr. Fuchs, knew he wouldn’t be welcome because of political differences. He first moved to Switzerland with the car in ’33, then chose another lousy place to live, Shanghai, China, which was only a few years later overrun by the Japanese.

One Bugatti, the Royale Kellner Coach, was hidden from the Nazi’s during World War II by bricking it in behind a false factory wall.

In 1937, when he saw the Japanese Imperial Army made plans to invade China, he drove down to the dock and booked passage for himself and his car to Canada. After arriving in Canada, he drove the car to New York and settled in The Big Apple. In the winter of ’37, he cracked the engine block. Unable to find anyone to fix it, he sold the car for junk to a scrapyard in Queens. The war was coming, and there was a lot of scrap potential in this car, especially aluminum, a material needed desperately for airplanes.

Destined to be re-cycled into metal for America’s war drive, the Bugatti Royale made another narrow escape. In 1946, a Detroit based dude named “Engine Charley” Wilson, the chief engineer for Buick in charge of making millions of engines each year was tipped off by a fellow New York car enthusiast. Charley moved in and grabbed it, broken engine and all. A guy with a job like that only has to snap his fingers to get an engine repaired. He did that, and no doubt to the horror of later Concours judges changed the original single carburetor for four Stromberg units mounted on a custom intake manifold. And he didn’t much cotton to the mechanical brakes, so had the braking system switched to hydraulics.

It was he who chose to change the color from black to oyster white, with a contrasting character stripe featuring his monogram on the door. Tall like GM’s design chief Harley Earl, he also redid the seating to suit his height. Eventually, he and his wife donated it to a museum.

I have a special attachment to the car—it was one of the first really “classic” cars I saw the first time I visited the Henry Ford Museum easily a half-century ago. Hey, I know, it’s not a Ford and the Museum is the Henry Ford Museum but I am thankful they didn’t sell it off like the Ferrari Testa Rossa they sold, that buyer using the argument that the Ferrari’s display didn’t coincide with the museum’s mission—to showcase American cars.

So now all of us who visit the museum can see it anytime instead of only when it appears at some prestigious Concours.

Thank you to author Wallace Wyss for allowing us to reprint Think Big – Thought Ettore Bugatti, a story that originally appeared in mycarquest.com.

If you have a similar classic car story, please share it here, or let us know what you think in the Comment section below.

THE AUTHOR/ARTIST: The Weinberger Cabriolet painting is available from Wallace Wyss as an embellished Giclee on canvas, 20” x 30.” Write to mendoart7@gmail.com 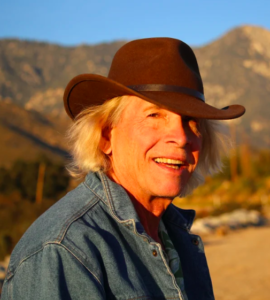