In the 1980s, I had Ferrari posters all over the garage and models of the red car on my workbench. I would tell friends there was a Ferrari in my garage and ask if they wanted to see it. They always said yes. When I took them out to my workbench, they’d say, “What a letdown.” 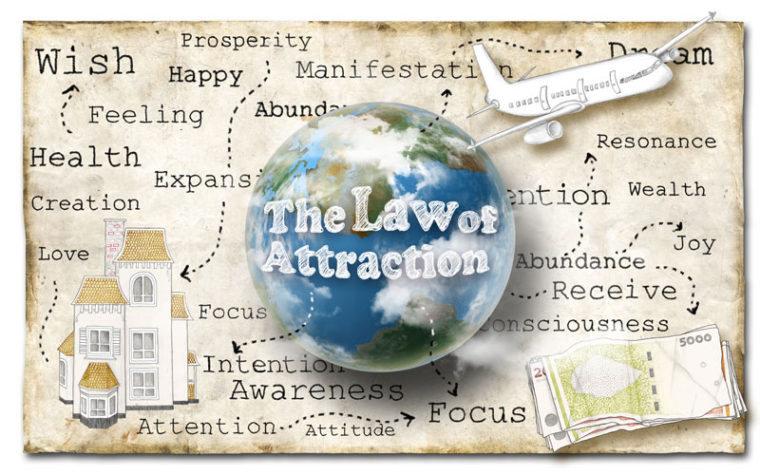 I received a gift at the time but didn’t realize it until recently. My first post talks about how I was mesmerized by Tom Selleck and the red Ferrari he drove in Hawaii as part of his role in Magnum P.I. I never realized how my focus on that particular car pierced my mind and soul. At the time I thought, I like this cool TV show with a guy I want to be like. And I’d sure like to own and drive the same car.

I remember dreaming of speeding down the coast of California in that car, my ears filled with the sound of the engine’s howl and the wind rushing through my hair. Ever notice how you can have anything you want in your dreams?

Whenever I watched Magnum P.I., I’d tell my young daughters, “Dad’s gonna have a car just like that someday.” They’d keep coloring or playing with their toys without looking up. If they’d been older, they probably would have rolled their eyes and said, “Sure dad.”

If I ask them about it today, they don’t remember the TV program. They do recall the Ferrari posters, Ferrari T-shirts, Ferrari hats, and Ferrari model cars I had at the time.

I received a gift at the time but didn’t realize it. I was mesmerized by the red Ferrari Tom Selleck drove in Hawaii…

Fast forward to 2018. That’s right…35 years later. I stumble across a website for the Peterson Auto Museum in Los Angeles. I like cars, so I decide to explore the site.

What? The third-floor history section has cars used in movies and TV shows? No way?

I continued looking through the pages of the website. Low and behold, there it was–the red Ferrari Tom Selleck drove in Magnum P.I.

I called my friend Corinne; she lives in Marina del Rey.

“Can you go to a museum in Los Angeles and take some photos for me? I’m getting ready to launch my blog, and the first post talks about this car from Magnum P.I., the 1980s TV show with Tom Selleck. They have it there. I want to use the photo in the post.”

A couple of days later, my phone starts buzzing like crazy. One photo after another arrived between short text messages like, “Surprise for you!! Check your email for more, and let me know what other angle pics you would like.”

“OMG, these are great. Thank you,” I text back to Corinne.

“Still here, so let me know if you want something different for your first post,” came another text.

“These are perfect. No more needed.”

I included two of the pictures in my first post. When I shared the story with Corinne, she said, “That Magnum P.I.’s Ferrari sure looks like yours.”

I thought, Yeah, it’s pretty similar. Then I looked closer at the photograph of Tom Selleck standing near the car. The caption on top of the photo said:

That’s the same exact car parked in my garage. Same model, same year, same colors, I mean the same everything!

And, I’m not talking about the one on the workbench. 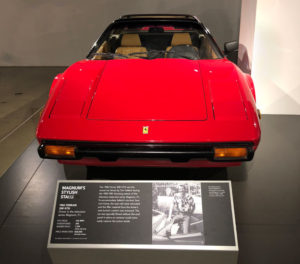 Without realizing it, in 2007, I purchased the same year, make and model car I’d been fascinated by some 25 years earlier. And another ten years had passed, and I still didn’t realize it.

I’d heard similar stories but thought it would never happen to me.

The Incredible Strength of a Vision Board

In The Secret, a 2006 book by Rhonda Byrne, John Assaraf talked about the vision board he created and hung on the wall of his office. He placed pictures of things he wanted on the board and tried to look at them daily. He stored the vision board in a box when he moved and forgot about it. Five years and three moves later, he bought a home in California, spent a year renovating it, and then moved in.

One morning at 7:30 a.m. his son, Keenan, came into his office, and sat on one of the boxes that had been sealed up for five years.

“Honey, those are my vision boards.”

“What’s a vision board?”

“It’s where I put my goals up. I cut out pictures of something I want to achieve in my life.”

Of course, at five and a half years old, he did not understand.

Without realizing it, I purchased the same Ferrari I’d been fascinated with 25 years earlier. Even after owning it ten years, I still didn’t realize it.

How to Attract and Materialize Your Dreams

He cut the box open and pulled out the first vision board. To his surprise, he saw a picture of a home he was visualizing five years earlier–his dream home. It was the house he and his family had purchased and been living in.

Not a house like it. The same exact house in the picture he had cut out and pasted on that vision board so long ago.

He had bought his dream home, renovated it, and didn’t even know it.

Looking at the picture of the house, he started to cry.

“Why are you crying, daddy?”

“Honey, I finally understand how the law of attraction works. I now understand the power of visualization.”

You may or may not believe in the Law of Attraction or the power of visualization. However, speaking from recent experience, I now find it a bit easier to believe that if you visualize long enough, you can materialize anything you desire.

When I doubt this, I look in the garage. The car parked there is pretty convincing evidence.

What did you dream about at one time that became a reality in your life? You may have to think about it for a while. Like John Assaraf, it may have materialized without your realization. Prepare to be amazed, and don’t forget to share it with us here, or leave a comment below.

Find out how a four-year-old could tell a car make and model just by a description or partial picture of it. All you have to do is read the next post.