From professional football and baseball greats to Miss America’s master of ceremonies, if you worked at Ferrari of Los Gatos, you never knew who’d walk in next. 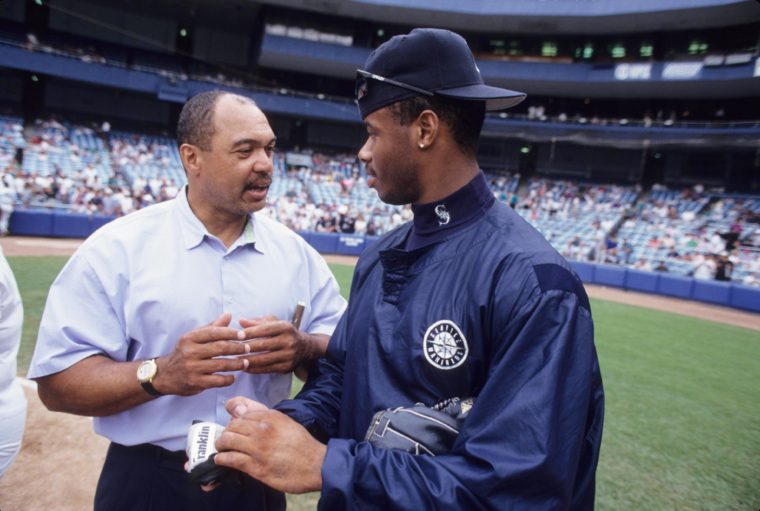 You have to be pretty good to be a major league baseball all-star. First you have to outplay 749 other major league players, and second, you need to secure enough fan votes to beat out all the others. It’s hard enough to get to the all-star status once. One Ferrari of Los Gatos customer did it 13 times. If you followed baseball between 1989 and 2010, you probably remember “Junior.” He was also known as “The Kid” since he followed in his father’s footsteps on the baseball diamond.

Ken Griffey Jr. spent most of his 22-year career with the Seattle Mariners and Cincinnati Reds, along with a short stint with the Chicago White Sox. A member of the Baseball Hall of Fame, Griffey is one of the most prolific home run hitters in baseball history; his 630 home runs rank as the seventh-most in MLB history. Griffey was also an exceptional defender and won 10 Gold Glove Awards in center field. He is tied with Don Mattingly and Dale Long for the record of most consecutive games with a home run—eight.

Junior didn’t buy a new car every time he became an all-star, but he did buy Ferraris and other classic cars from Dennis Glavis, one of the top salesmen at the dealership.

Professional Athletes Played Catch in the Park Across the Street

One September a tall fellow with thin legs and a hard-to-look-at toupee walked into the dealership and started looking around at the cars. Dealership owner Brian Burnett walked up to Dennis and said, “Hey, that’s Bert Parks.”

Dennis had just watched the 1976 Miss America pageant and remembered how Bert killed the top hit song Let ‘Em In by Wings. Paul McCartney sang it much better! As Dennis told the Miss America master of ceremonies about the cars, he couldn’t help but wonder, How could you pick that great song to sing?

Every year George Benson would play at the Mountain Winery in Saratoga and he’d come in early on concert day to see what Ferrari of Los Gatos had for sale. One year George met baseball great Reggie Jackson at the dealership, and the two of them sat in a red Cadillac on the showroom floor. George fell in love with the car, bought it, and drove it to his concert that evening. We posted the story last year titled “You Won’t Believe Who Walked in Next.” You can read the details here.

Celebrities loved to hang out around Ferrari of Los Gatos. The fact that everyone is really casual in Los Gatos helped, not to mention the cool cars. Reggie Jackson frequented the dealership and people would walk by him and say, “Hey, how you doing Reg?” Forty Niner legends Joe Montana, Ronnie Lott, and Jerry Rice were customers as well. Ronnie loved to play catch on the grass across the street in front of City Hall. He’d wander over to the dealership after throwing the football around.

Fans would have flocked to Ferrari of Los Gatos to play catch with these guys. After all, from 1981 to 1995 the Forty-Niners were almost as popular as new Ferraris.

This story is from an interview with Dennis Glavis that took place at his Morgan West car dealership in Santa Monica, California. He can be reached at Dennis@morganwest.net.

Do you have any stories about Ferraris or other classic cars? Please share the story here, or leave a comment below.